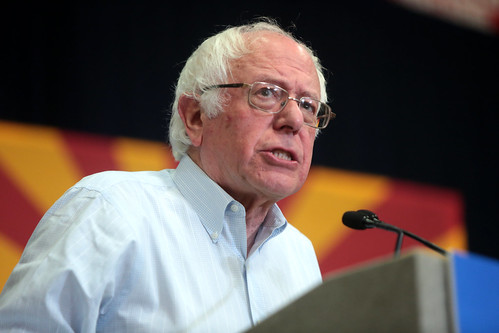 The passage of the tax cut bill locks President Trump and Republicans in Congress together as the party of the rich and the rulers of the swampland in Washington. The stage is set for a historic progressive renaissance that will win the 2018 midterm elections and lead the nation after the 2020 presidential campaign.

The tax bill has always been, and will remain, highly unpopular with voters who understand that this is "a tax cut for the rich" that offers them comparatively little benefit and imposes significant pain through insurance premium increases and, in some cases, tax increases.

Beneath the surface of American politics is a powerful and profound trend creating broad support for a progressive renaissance of historic dimension.

The Wall Street scandals and financial crash during the presidency of George W. Bush were followed by landslide Democratic victories in congressional elections and the huge victory of President Barack Obama in 2008.

History will repeat itself. The stage is set for a potentially epic Democratic landslide that could bring a Democratic House and even potentially a Democratic Senate after the 2018 midterm elections. It is increasingly likely that a progressive Democratic president and strong Democratic majorities in Congress could lead and govern the nation after the 2020 presidential campaign.

If Sen. Bernie Sanders (I-Vt.) decides to run for president in 2020, he would be the instant frontrunner for the nomination and favored in the general election against Trump or any other GOP nominee. If Sanders decides not to run, there is a strong likelihood that the ultimate nominee will campaign, win and govern as a true progressive in the Sanders mold.

When historians look back on the Sanders campaign in 2016, they will note two fundamentally important and lasting contributions that Sanders and his supporters made.

Related Topic(s): 2020 Elections; Bernie Sanders Presidential Campaign; Democratic; Progressive Candidate; Progressives; Renaissance, Add Tags
Add to My Group(s)
Go To Commenting
The views expressed herein are the sole responsibility of the author and do not necessarily reflect those of this website or its editors.