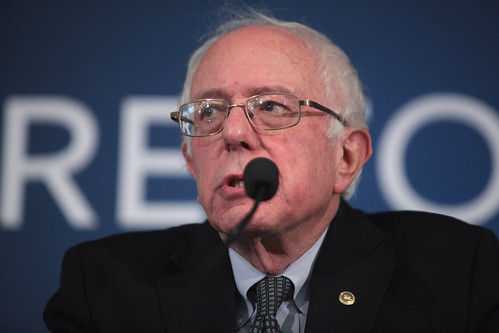 It's about time the US had a powerful, viable Opposition Party leader. It would be a lot easier if Congress allowed for formal opposition representation, but it is not impossible within the current structure. It would also fit the description of politically revolutionary, from an American congressional perspective.

Formal opposition parties are a routine and practical function of almost every democracy in the world except the politically draconian United States.

Formal political opposition is a useful thing in in a democratic society. It lends credence to dissent and makes checks and balances real. It is a presence that is long overdue in the US.

Don't believe for a moment either of the two major political parties will agree to recognize opposition in either house of Congress. The way to get the process off the ground is to begin with a caucus.

Step number two would be a homework assignment for rank and file Progressives/Democrats. Elected officials would have to hear from constituents in their districts in no uncertain terms that formal opposition is required and that their chosen opposition leader is Senator Bernie Sanders.

Organize local groups and meet directly with representatives and senators. Tie participation in and support of the caucus and its policy initiatives to donations. When they put the interests of wealthy corporate donors ahead of the people get busy organizing against them.

The same groups that met to support Bernie for president are a perfect vehicle to organize formal opposition on Capitol Hill.

This is quite an achievable objective. The infrastructure is already in place. If the anger is focused and directed it can be a powerful force for good.

Make the message clear to the elected officials in your state and in your district: "We need a formal opposition in Washington and Bernie Sanders is the man to lead it."

Related Topic(s): Bernie Sanders; Bernie Supporters; Opposition Party, Add Tags
Add to My Group(s)
Go To Commenting
The views expressed herein are the sole responsibility of the author and do not necessarily reflect those of this website or its editors.