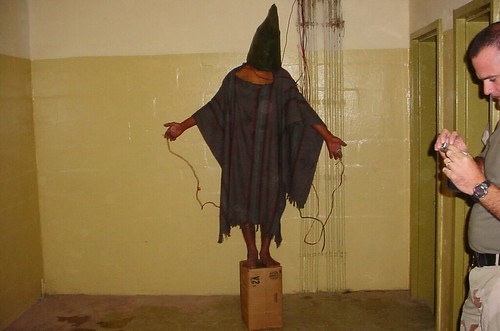 As the nation recoils from the three mass shootings that have recently taken place, it is going through its usual withdrawal symptoms. "We have to ban assault weapons" and "we need greater background checks", etc. Oddly enough, what to do about the 400 million guns already in the hands of the population is never addressed. If not one more gun was ever sold again in the United States it would still have half of the guns on the planet. It's a shame that this global abnormality has become so normal to inhabitants of the United States; like a scab on a persistent sore. One thing that is new, however, is that these terrorists are being called just that "terrorists".

You see, they are "domestic terrorists". Like everything else in the United States, white supremacy and racism come into play in terms of this categorization. Linguistics are, purposefully, not emphasized in the United States and there is a reason for that. For linguistics, words, are extremely powerful things; particularly in terms of subliminal queueing. Language and verbiage are the most potent vehicles for perpetrating white supremacy. There is a reason that Massa didn't want Sambo to learn to read and write. Still doesn't.

Lies are not good things, in general...unless it's a "little white lie". You see the "white" makes it less of an offense, minimizes it and segregates it. With considerable fascination, I am watching a similar linguistic dynamic manifesting itself with this "domestic terrorist" business. Either you are a "terrorist" or you are not. Why the need for the distinction if there is not a difference? If he/she is a terrorist, treat them just like you treat all the black, brown, red and yellow so-called terrorists with names like Abul, Omar and Rashid. Send their ass straight to Gitmo, Abu Ghraib, or one of your other multitudinous "black" sites and let them have it. Like my homeboy from the Rollin 60's used to say: "what the problem is?"

For those snowflakes who may not be in the know, the Rollin 60's is a neighborhood in Los Angeles; it is where I grew up. It is also a notorious Crip set. If you don't know what that means, grab your buddy Google and figure it out.

Since the War on Terror began, almost a two decades ago, I have asked many, many people how they defined "terrorism," or "terrorist". I asked every type of American you can imagine, but mostly white Americans; well educated ones. Without becoming mired in bigotry and/or racism, none of them could give me an answer.

I continue to ask that question.

In October of 2014, I had the honor of being on-air with Senator Sanders during a "Brunch with Bernie" segment of the Thom Hartmann show. I asked Senator Sanders the question. Here is the link to the segment: https://m.youtube.com/watch?v=domWXCrQOFc (11:51-14:31).

Senator Sanders is arguably one of the most intelligent people that this society has ever produced. He is both considerate and resolute in his thinking. He was thoughtful of the question to the point, as you will see, that he reprises the query after a station break. He does an artful job at dancing around the question. But, he could not answer the question.

So, how is it that millions of so-called Americans know what this is, without being able to define it? If the hundreds of people that I have asked that question to (many of whom are/were highly educated) cannot answer the question, how is it that everyone else understands what it is?

This leads me to the second fascination: The Short American Memory. Americans forgot how they made men, human beings, at Abu Ghraib pile up in a pyramid naked, sodomize them, put them on dog leashes and attach electrodes to their balls. I remember a New York cop sodomizing a black man with a night-stick a few years ago; and what is with this obsession with sexual perversion? More of the same at Guantanamo Bay; but Americans forgot. Americans forgot about the U.S. soldier who, seven years ago, murdered a family of 16 in Afghanistan (mostly women and children); his life was spared. Two (2) months before that massacre, U.S. soldiers urinated on dead bodies in that same nation. Americans forgot about that. Right now, as I write this piece, the United States is involved in the killing of some black or brown person somewhere in the world; and quite possibly, here at home. The United States weaponry is everywhere, and it is trained on people that are non-white, exclusively. In other words, the United States and "Western Culture" (code for white folks) is at war with the world. Most of the world is non-white. Overwhelmingly so, in fact.

What other nation, in recent memory, has conducted itself with such wanton disrespect for human life?