Bernie is slyly trolling the president in battleground states, calling out GOP lies about saving jobs. 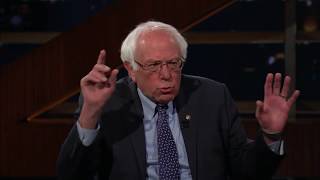 Even as he competes with an increasingly crowded field of contenders for the Democratic presidential nomination, the senator from Vermont is focusing considerable time and creative energy on upending the best-laid plans of the Republican he hopes to defeat in 2020.

No matter who the Democrats nominate when they convene their national convention in Milwaukee next summer, the route to victory will be the same. It runs through the Great Lakes states that had reasonably well-developed patterns of backing Democrats for president right up until they failed to deliver in 2016.

The list includes Pennsylvania, Ohio, Michigan, and Wisconsin. Sanders has visited them all in recent weeks -- along with Indiana, a Republican-leaning state that Barack Obama won in 2008 and that strategists believe could be competitive in 2020.

In 2016, after the first campaign in decades when the party's nominee did not bother to visit the state during the fall campaign, Wisconsin's electoral votes went to a Republican. Trump barely won, finishing 22,748 votes ahead of Hillary Clinton in the Badger state; but with similarly narrow victories in Michigan and Pennsylvania, the Wisconsin result was enough to give the loser of the national popular vote an Electoral College "win."

So Sanders, who won a landslide victory in the 2016 Wisconsin Democratic primary, is showing up. He's not alone in doing so. Minnesota Senator Amy Klobuchar made a stop in the state shortly after announcing her candidacy, and former Texas congressman Beto O'Rourke has been through several times. And plenty of contenders, including former vice president Joe Biden, are targeting Trump.

But Sanders is going deeper.

What distinguishes the senator's campaigning in the battleground states is the consistency of his presence and his messaging, which is focused on upending Trump's claims about job creation and manufacturing.

Related Topic(s): Bernie Sanders; Bernie Sanders 2020; Democrats; Donald Trump Lies; Trump Presidency, Add Tags
Add to My Group(s)
Go To Commenting
The views expressed herein are the sole responsibility of the author and do not necessarily reflect those of this website or its editors.