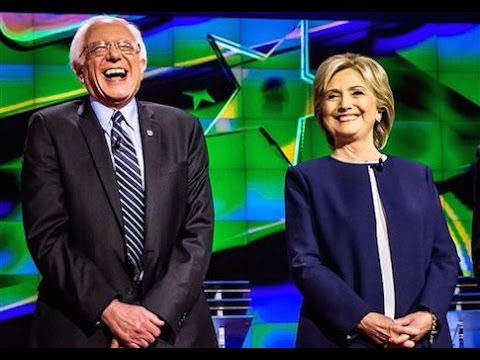 Bernie Sanders has made the corrupting role of money in politics a centerpiece of his campaign. He has argued that because campaign contributions by the rich pay for political campaigns, they are able to control the political process. This gives us a political system that is very effective at serving Wall Street and the insurance and pharmaceutical industries. It is much less effective at serving the needs of ordinary people.

This has created an interesting dynamic in the race for the Democratic nomination. Secretary Clinton has flipped Sanders' claim around and challenged him to show where she has reversed a position to serve the moneyed interests. This might be a useful campaign tactic, but it misrepresents the way in which money affects campaigns.

Undoubtedly there are cases where an individual or industry group promises a large campaign contribution in exchange for a politician's support on a particular issue, but this is almost certainly rare. More typically the support of politicians for moneyed interests is part of a much longer process. It's not just that the politician wants to act to curry the favor of the rich and powerful, more typically they identify with the interests of the rich and powerful so that they don't even see themselves as compromising a principle.

Trade policy provides an excellent example. Over the last quarter century, the leadership of both political parties has consistently pushed trade deals that have worked against the interest of a large percentage of U.S. workers. This was not an accidental outcome from these deals, it was by design.

The wages of other workers would fall since displaced manufacturing workers would be forced to look for jobs in retail and other sectors. The increased supply of workers lowers wages in these other sectors as well. Recent research by some of the country's top labor economists confirms that trade has been a major factor depressing the wages of large numbers of workers.

While there were big money beneficiaries of these trade deals, most of the politicians who supported them probably did not need to be bought with campaign contributions. Instead, they likely supported these deals because they thought they were the right thing to do. After all, they mostly associate with people who benefit from these trade deals, either through higher corporate profits or from being able to buy cheaper cars and clothes. Politicians are less likely to associate with the auto workers or textile workers who were losing jobs or retail clerks getting lower pay.

In most cases, it probably never even occurred to the politicians voting for the pacts that there was a serious downside. Politicians are people who get elected by making friends and raising money, not by being policy wonks or political philosophers. Being an expert on the issues that Congress or the president addresses is not part of the job description.

Furthermore, even if they looked beyond their friends they could find media outlets like the Washington Post touting the virtues of "free trade." Never mind that these deals did nothing to reduce the barriers that protected highly paid professionals like doctors or lawyers or that they actually increased patent protection on drugs and other products. Since these forms of protectionism benefited the wealthy, the deals could still be called "free trade" pacts.

You can tell the same story on a wide range of issues. The Wall Street bailouts were necessary to prevent a Second Great Depression. The politicians may have no clue why, but this is what their friends told them. The Fed has to raise interest rates, even though that means fewer people will have jobs, because there is some risk of inflation. The list can be extended at considerable length.

The people who might challenge these views -- who can point to evidence showing that these views are wrong -- rarely get a chance to push their arguments into political debate, because they are not backed by the millionaires and billionaires. These are people who are ignored or mocked by media outlets like the Washington Post.

This is how the wealthy control the political process. The system makes it extremely difficult for those who challenge the policies that serve their interests to ever be heard. That is why it is inspiring to a see candidate like Senator Sanders get enough money and support to be a serious contender for the Democratic nomination, even without big money contributions.

When we actually see money being handed over to politicians from the wealthy, whether in the form of large speaking fees or a high-paying job, it is probably best to think of it as analogous to a valentine present. No one loves their spouse or significant other because of a generous valentine gift; rather it is a symbol of ongoing affection.

If this sounds strange, let's imagine a slightly different scenario. Suppose Bernie Sanders had spent four years in President Obama's cabinet during which time he did everything he could to try to break up the big banks and have corporate criminals put behind bars. Does anyone believe Goldman Sachs would pay him $250,000 to recount his experiences?

Dr. Dean Baker is a macroeconomist and Co-Director of the Center for Economic and Policy Research in Washington, D.C. He previously worked as a senior economist at the Economic Policy Institute and an assistant professor at Bucknell University. (more...)
Related Topic(s): Bernie Sanders; Hillary Clinton; Money Buys Power, Add Tags
Add to My Group(s)
Go To Commenting
The views expressed herein are the sole responsibility of the author and do not necessarily reflect those of this website or its editors.