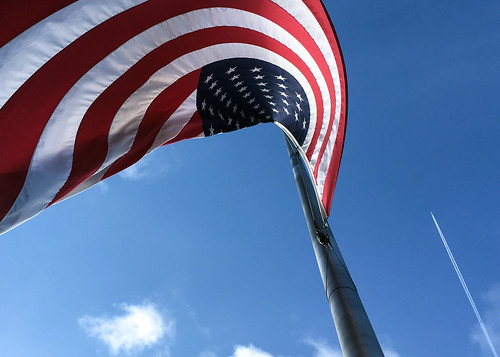 Surprise, surprise. Workers in Britain, many of whom have seen a decline in their standard of living while the very rich in their country have become much richer, have turned their backs on the European Union and a globalized economy that is failing them and their children.

And it's not just the British who are suffering. That increasingly globalized economy, established and maintained by the world's economic elite, is failing people everywhere. Incredibly, the wealthiest 62 people on this planet own as much wealth as the bottom half of the world's population -- around 3.6 billion people. The top 1 percent now owns more wealth than the whole of the bottom 99 percent. The very, very rich enjoy unimaginable luxury while billions of people endure abject poverty, unemployment, and inadequate health care, education, housing and drinking water.

Could this rejection of the current form of the global economy happen in the United States? You bet it could.

During my campaign for the Democratic presidential nomination, I've visited 46 states. What I saw and heard on too many occasions were painful realities that the political and media establishment fail even to recognize.

In the last 15 years, nearly 60,000 factories in this country have closed, and more than 4.8 million well-paid manufacturing jobs have disappeared. Much of this is related to disastrous trade agreements that encourage corporations to move to low-wage countries.

Nearly 47 million Americans live in poverty. An estimated 28 million have no health insurance, while many others are underinsured. Millions of people are struggling with outrageous levels of student debt. For perhaps the first time in modern history, our younger generation will probably have a lower standard of living than their parents. Frighteningly, millions of poorly educated Americans will have a shorter life span than the previous generation as they succumb to despair, drugs and alcohol.

Meanwhile, in our country the top one-tenth of 1 percent now owns almost as much wealth as the bottom 90 percent. Fifty-eight percent of all new income is going to the top 1 percent. Wall Street and billionaires, through their "super PACs," are able to buy elections.

Let's be clear. The global economy is not working for the majority of people in our country and the world. This is an economic model developed by the economic elite to benefit the economic elite. We need real change. On my campaign, I've talked to workers unable to make it on $8 or $9 an hour; retirees struggling to purchase the medicine they need on $9,000 a year of Social Security; young people unable to afford college. I also visited the American citizens of Puerto Rico, where some 58 percent of the children live in poverty and only a little more than 40 percent of the adult population has a job or is seeking one.

But we do not need change based on the demagogy, bigotry and anti-immigrant sentiment that punctuated so much of the Leave campaign's rhetoric -- and is central to Donald J. Trump's message.

We need a president who will vigorously support international cooperation that brings the people of the world closer together, reduces hyper-nationalism and decreases the possibility of war. We also need a president who respects the democratic rights of the people, and who will fight for an economy that protects the interests of working people, not just Wall Street, the drug companies and other powerful special interests.

We need to fundamentally reject our "free trade" policies and move to fair trade. Americans should not have to compete against workers in low-wage countries who earn pennies an hour. We must defeat the Trans-Pacific Partnership. We must help poor countries develop sustainable economic models.

We need to end the international scandal in which large corporations and the wealthy avoid paying trillions of dollars in taxes to their national governments.

We need to create tens of millions of jobs worldwide by combating global climate change and by transforming the world's energy system away from fossil fuels.

We need international efforts to cut military spending around the globe and address the causes of war: poverty, hatred, hopelessness and ignorance.

Related Topic(s): Billionaires; Corporations; Democrats; President, Add Tags
Add to My Group(s)
Go To Commenting
The views expressed herein are the sole responsibility of the author and do not necessarily reflect those of this website or its editors.