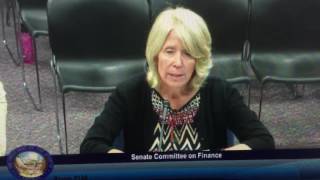 From the Clark County School District, the fifth-largest school district in the country, this is really huge news for Bernie in Nevada, the first major endorsement that we know of in that state, one of the last states to have its primary just before Super Tuesday. Bernie is in a position to win in Iowa, New Hampshire, and I believe in Nevada, with the momentum of this important endorsement building rapidly.

"We appreciated that Senator Sanders came to us, very much reached out to us and wanted to speak to us," said Clark County Educational Association president Vikki Courtney. Sanders led in a recent straw poll of union members, she said, a large factor in the decision, similar to what happened in the New Hampshire State Employees Union.

The Clark County union includes 19,000 teachers in Las Vegas, and is the largest teachers' union in Nevada. Courtney said union members were impressed with what Sanders "was raising, his concerns and how he wanted to support and help educators, and not only the educators but the students themselves, to make sure education was open to all students across the board. It's important to educators that everyone has access and that they get a good education."

"We're proud to have teachers as our top donors by occupation because they hold the key to a more prosperous future for younger generations," he said. "Together, we will finally give teachers a much-deserved raise, reinvest in public education an"I just don't see any of us doing anything before Iowa," AFT president Randi Weingarten told the New York Times last week, referring to teachers' unions. Weingarten has also recently been critical of Medicare For All, a key part of Sanders' policy platform.

Some labor leaders, including the AFL-CIO's Richard Trumka and the Culinary Workers Union Local 226 in Las Vegas, have expressed similar skepticism about the health plan, arguing it would hurt their workers by making them give up their union-negotiated health care. Courtney said CCEA members were more interested in candidates' education plans than their health care proposals. She pointed to Sanders' positions on raising teachers' salaries and college debt forgiveness, part of the education plan he released in May last year.

Related Topic(s): Bernie Sanders Endorsements; Clark County Nevada Teachers Union; Nevada Primary 2020, Add Tags
Add to My Group(s)
Go To Commenting
The views expressed herein are the sole responsibility of the author and do not necessarily reflect those of this website or its editors.