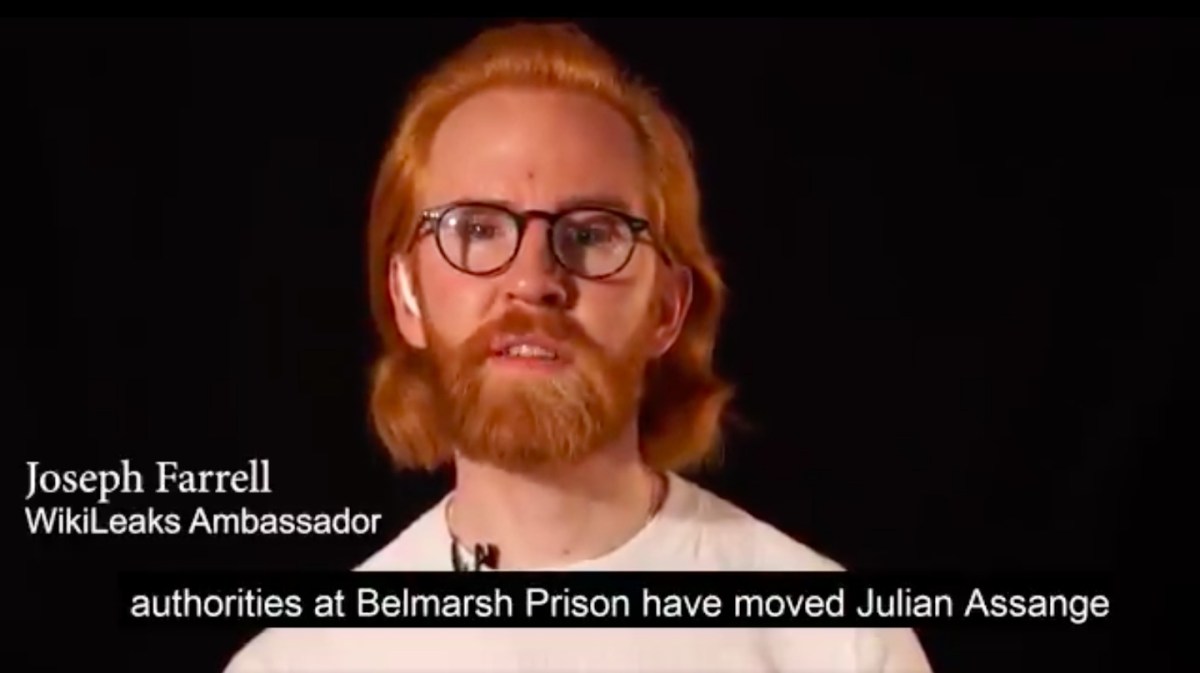 In some refreshingly good news about Julian Assange, WikiLeaks is reporting that its founder has finally been moved out of solitary confinement to a different wing in Belmarsh Prison where he can have normal social interactions with 40 other inmates.

This fantastic news lifts a huge weight from the chests of those of us who've been protesting Assange's cruel and unusual treatment at the hands of an international alliance of governments bent on making a draconian public example of a journalist whose publications exposed US war crimes. Solitary confinement is a form of torture, and a UN Special Rapporteur has confirmed that Assange shows clear symptoms that he is a victim of psychological torture caused by his persecution from coordinated efforts by Washington, London, Stockholm, Canberra and Quito.

So what caused this shift in Assange's treatment? Did the powerful empire-like alliance loosely centralized around the United States suddenly come to its senses and realize that torturing journalists for telling the truth is the sort of tyrannical abuse that it accuses other governments of perpetrating? Did officials in the British government bow to public pressure from the pro-Assange demonstrations which have been taking place in London month after month and have some faint flickerings of conscience? Did Belmarsh Prison authorities come to their senses after more than a hundred doctors warned that their cruelty was killing the award-winning publisher?

Why no. As it turns out, Assange was in fact rescued from the cruelty of this globe-sprawling empire by the concerted protests of high-security prison inmates.

Related Topic(s): Assange; Media; Prisoner Abuse; Prisoners; Wikileaks, Add Tags
Add to My Group(s)
Go To Commenting
The views expressed herein are the sole responsibility of the author and do not necessarily reflect those of this website or its editors.