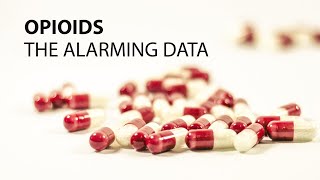 Leading Republican and Democratic members of Congress and top Obama administration officials collaborated to shut down efforts by the Drug Enforcement Administration (DEA) to stem the flow of prescription opioids that have killed 200,000 Americans over the past two decades, according to a devastating exposure published Sunday by the Washington Post and broadcast Sunday night on the CBS news magazine "60 Minutes."

The joint investigation by the Post and "60 Minutes" made use of extensive whistleblower revelations by former officials of the DEA, which has the main responsibility for halting the flow of illegal narcotics, including prescription drugs like oxycodone and hydrocodone.

Three major companies, all in the top 20 of the Fortune 500 and hugely profitable, dominate the distribution of these opioids: McKesson, Cardinal Health, and AmerisourceBergen, with combined revenues of more than $450 billion. McKesson chairman and CEO John Hammergren has the largest pension fund of any US corporate boss, a $160 million nest egg.

These gigantic revenues and huge personal fortunes were accumulated by means of what can only be termed a massive social crime: the flooding of impoverished working-class neighborhoods with high volumes of opioids, narcotics that were being prescribed in vast quantities by doctors and pharmacists and illegal "pain centers" and "pill mills" that were a constant presence in the affected areas.

The consequences have been felt in an historic reversal in the long-term rise of life expectancy in the United States. For middle-aged whites, particularly those living in rural areas, life expectancy is declining and death rates soaring, in large part because of the impact of opioid abuse and addiction.

Appalachia is a center of the opioid crisis. The figures presented in the Post/"60 Minutes" report are staggering -- and damning. To Mingo County, West Virginia, an impoverished former mining area on the state border with Kentucky, population 25,000, the mid-sized Ohio-based drug distributor Miami-Luken shipped 11 million doses of oxycodone and hydrocodone in a five-year period: enough to give two pills a week to every man, woman and child in the county.

In the county seat, Williamson, population 2,938, Miami-Luken shipped 258,000 hydrocodone pills in one month to a single pharmacy. The city of Williamson has filed suit against the company and other drug distributors, charging them with deliberately flooding the city with pain pills to supply the black market. A document filed in the suit charges, "Like sharks circling their prey, multi-billion dollar companies descended upon Appalachia for the sole purpose of profiting off of the prescription drug-fueled feeding frenzy."

Post reporters Scott Higham and Lenny Bernstein and "Sixty Minutes" reporter Bill Whitaker conducted dozens of interviews for their expose', but the principal whistleblower is Joseph T. Rannazzisi, who headed the DEA's Office of Diversion Control for a decade until he was forced out in 2015.

The Office of Diversion Control oversees the flow of prescription drugs produced by the major US pharmaceutical companies and shipped to hospitals and pharmacies and other prescribers by distributors, including the big three. By targeting unusually large and unexplained sales -- for example, several Walgreen's pharmacies in Florida sold more than one million opioid pills in a year, compared to a nationwide average of 74,000 -- the DEA unit could force companies to pay substantial fines.

These big three and smaller distributors paid more than $400 million in fines over the last decade as the result of the DEA, but this is a pittance compared to their gross revenues during that same period, well over $5 trillion. One former DEA official told the Post this sum simply represented "a cost of doing business."

A more serious problem for the industry was the issuance of "freeze" orders, in which the DEA could use its authority to order a distributor to halt a shipment if there is "imminent danger" to the community. According to Rannazzisi, there was increasing resistance from top-level DEA officials, from 2011 on, to approving such "freeze" orders against opioid distributors. During this period, the drug distributors hired 46 DEA officials either directly or through law firms or lobbying groups representing them.

In 2014, industry lobbyists produced a bill, written by a former DEA lawyer, and introduced by Republican Representative Tom Marino, that substantially raised the threshold of proof for a DEA order to halt a shipment. Instead of "imminent danger," such an order required proof of "a substantial likelihood of an immediate threat," a standard so strict that, once adopted, there were no further DEA orders to halt drug distribution.

Marino's bill was initially blocked by DEA opposition, but it was reintroduced with Democratic cosponsors and passed the House of Representatives by a voice vote, without opposition, in April 2015. In October 2015, Rannazzisi was pushed into retirement at the DEA, after previously being removed as head of the Office of Diversion Control by means of heavy pressure from congressional Republicans on the Obama Justice Department. In March 2016, the Senate passed a modified version of the Marino bill, and the House accepted the changes the following month. The DEA was now handcuffed, and the drug distributors could proceed without any concern about federal oversight.

As Rannazzisi told "60 Minutes": "The drug industry -- the manufacturers, wholesalers, distributors and chain drugstores -- have an influence over Congress that has never been seen before. And these people came in with their influence and their money and got a whole statute changed because they didn't like it."

Patrick Martin writes for the World Socialist Website (wsws.org), a forum for socialist ideas & analysis & published by the International Committee of the Fourth International (ICFI).
Related Topic(s): Bipartisan; Corporate Profits; Democrats; Obama Cover-up; Opioids Narcotics; Overdose; Republican, Add Tags
Add to My Group(s)
Go To Commenting
The views expressed herein are the sole responsibility of the author and do not necessarily reflect those of this website or its editors.