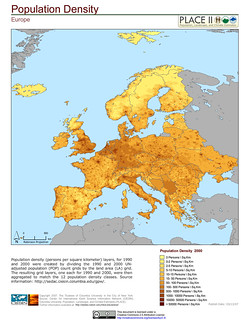 
Events in Greece have succeeded in ripping the mask of democracy off the face of the EU to reveal a cold, callous, and brutal tyranny of blind economic forces.

Not since the end of the Second World War has a people and nation in Western Europe been forced to endure the economic hardship and privation that Greece and its people are suffering today. The fact that such privation is being delivered as a clear violation of democracy and national sovereignty is evidence that the values of freedom and human rights for which so many sacrificed their lives in World War II are still to be won in Western Europe.

The state of siege that has been inflicted on this southern European nation of 11 million people by an economic order and its political institutions, which together amount to a juggernaut, has removed any last vestige of pretence as to the true nature of Western democracy. It does not serve the masses of the people, it rules over them in the interests of global economic forces that brook no dissent or defiance to their writ, in the face of which no border, no culture, and no democratic mandate is sacred.

The choice presented to the Greek Government, led by its prime minister, Alexis Tsipras, was the choice between 'bad' and 'catastrophic'. With the country facing a shortage of food and medicines, Tsipras was left with little alternative but to accept the demands of the Troika of a package of austerity reforms in order to release a further instalment of emergency bailout funds from the European Central Bank.

For those advocating 'Grexit', Greece's departure from the euro and Eurozone, the words of the country's former finance minister, Yanis Varoufakis, should make sober reading. As he wrote in the UK Guardian newspaper recently:

"To exit, we would have to create a new currency from scratch. In occupied Iraq, the introduction of new paper money took almost a year, 20 or so Boeing 747s, the mobilization of the US military's might, three printing firms and hundreds of trucks. In the absence of such support, Grexit would be the equivalent of announcing a large devaluation more than 18 months in advance: a recipe for liquidating all Greek capital stock and transferring it abroad by any means available."

Such a transition would also bring with it the very real prospect of the emergence of the neo-fascist forces of Golden Dawn, with undoubtedly ugly consequences. Greece is a country with a tortured history of social convulsion and chaos, and it would be folly to underestimate the possibility of it returning. Revolution, led presumably by the Greek Communist Party (KKE) would mean socialism in one country, which in the context of Greece in 2015, standing in a sea of neoliberalism and neoliberal institutions that would be committed to its still-birth, is a non-starter.

It is clear by now that the entire premise of a European single currency was fatally flawed at inception. Rather than promote and ensure economic stability and prosperity for its members, it has proved a ball and chain for peripheral European economies such as Greece, who made the fatal mistake of signing up to it. For Greece, Portugal, Ireland, and Spain the single currency had reduced them to a state of slavery, unable to govern according to the democratic wishes and social needs of their own citizens, instead suborning their independence to an international banking and financial system that is accountable to no one and nothing apart from shareholders and investors.

German chancellor, Angela Merkel, has played a particularly onerous role in this affair, confirming that her priority is to serve the interests of German banks than a united Europe when push comes to shove. What she forgets as she lectures Greece on its fiscal irresponsibility is that without a Greek trade deficit there would be no German trade surplus; and that a trade surplus can only come with investment.

Without a viable alternative source of such investment, Alexis Tsipras and his government had no choice other than to concede to the demands of the Troika for a package of economic reforms under the rubric of austerity. Austerity, it is worth being reminded, is an economically illiterate concept akin to a medieval witch doctor treating a patient suffering severe blood loss by draining even more blood from him or her. It is anti-growth and anti-human, confusing morality with economics in service to unfettered capitalism and the dictatorship of market forces.

However, unfortunately for the Greek people -- for people all over Europe, the United States and Global South -- it is the dominant economic system and shows no evidence of being sent into history anytime soon.

For far too long the world has been dictated to by Western economic, cultural, and political values. They are the values of greed, inequality, hypocrisy, and injustice. Like spectators at the Roman Coliseum, the world has been bearing witness to the economic slaughter of a nation.

It is a spectacle none who witnessed it should ever forget. It is a crime that must never be forgotten.

John Wight is the author of a politically incorrect and irreverent Hollywood memoir -- Dreams That Die -- published by Zero Books. He's also written five novels, which are (more...)
Related Topic(s): Austerity; European Union; European Union; Greece, Add Tags
Add to My Group(s)
Go To Commenting
The views expressed herein are the sole responsibility of the author and do not necessarily reflect those of this website or its editors.