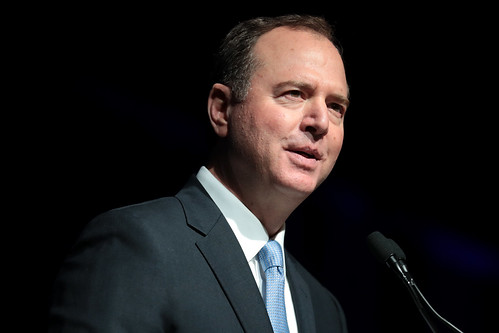 Friedrich Nietzsche warned us when God is dead, nihilism can't be far behind. Today, we see a perfect example of his prediction. A whole political party observing the illegal actions of a miscreant and acting like its meaningless.

It's taken 128 years, but we've arrived. We've arrived at a time when the dead God has been replaced by idols; money, power, the flag and bible, all wrapped up in the strangest bedfellows in our history, "the Fundamentalist Christian Right and the Republican Party." Or to simplify the description, the White Nationalist Cult.

A cult that can't discern what's right or true because it has risen from the corpse of the past. A corpse that still provides enough sustenance to create the illusion that all is well. That somehow, if they just keep promoting their obsolete beliefs, the corpse will revivify, come back to its previous glory and Make America Great Again.

You can see it in their claims to the improvements achieved by previous administrations. By their complete disregard for or lack of a sense of history. An inability to measure the impact of their decisions on the rest of the world as though we are not a part of it. By their lack of an introspective ability to see how their public behavior hides the darkness in their personalities; the darkness that shapes policies that harm their own constituents.

Their biggest sin is the destruction of "right and truth." By allowing and defending a renegade president they are corrupting the core values at the soul of this nation. If the United States has been anything, it has been the promise of right and truth; the right contained in a judicial system governed by the rule of law; the truth defended by a free press. Both institutions run by fallible human beings and not always able to produce their desired outcomes, but never vacillating on the promises contained in their foundations.

In his book, The Soul of America, John Beacham reminds us among the many roles president's play, one of their primary purposes is to be the moral leader of this nation. What he doesn't articulate is the implication that the morality he mentions contains a respect for what's right and what's true.

You see, morality is fungible, right and truth can be replaced by lower forms like the impunity with which this president goes about breaking the laws and filling the national narrative with lies and distortions. An impunity provided by politicians who publicly posture support for his many crimes while knowing he is destroying the foundations of this country but can abide that destruction to keep their party in power.

This president is destructive beyond anyone's imagination and with that destruction is jeopardizing our very sense of what's right and what's true. And that White Nationalist Cult is defending his right to do it.