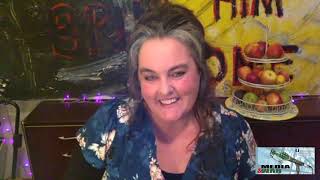 Caitlin Johnstone, one of my favorite commentators whose columns I often repost, apparently has felt some pressure from some readers for a bit of optimism. She found it in the "underlying goodness" of Americans who must be deceived into war. If Americans were really bad, she says, they would not have to be deceived and manipulated into going to war. She concludes that the fact that they are deceived and manipulated means that it is not their fault. As Caitlin puts it, "We must be vigilant in directing our anger at the manipulators and not the manipulated. It's always the conman's fault, never the victim." Thus, does she absolve Americans for any responsibility for the massive crimes their country has committed against other peoples?

This will go down well with most Americans as long as it only applies to the US. But what if she made this same case in behalf of the Germans during the Third Reich? She would be thoroughly denounced and demonized.

The column is not one of Caitlin's best. It is always more comfortable to blame others than ourselves. Before writing this column, Caitlin might have benefited from recalling the old adage: "Fool me once, shame on you; fool me twice, shame on me."

What Caitlin overlooks is that there is something desperately wrong with Americans that they can be consistently fooled again, and again, and again, and yet again, and never catch on. Their gullibility is especially difficult to comprehend in face of the 21st century's concentrated dose of deceptions9/11, Afghanistan, Saddam Hussein's weapons of mass destruction, Assad's use of chemical weapons, Iranian nukes, Russian invasions, MH-17, the long list of lies about Gaddafi, the bombings of Pakistan, Maduro starving his own people -- one deception rapidly following the other and never does a doubt arise in the good Americans' minds.

Before accusing me of being a male chauvinist for "attacking a woman," rest assured that Caitlin can take care of herself.

Related Topic(s): Blame; Deception; Optimism; Readers; Responsibility; Writing, Add Tags
Add to My Group(s)
Go To Commenting
The views expressed herein are the sole responsibility of the author and do not necessarily reflect those of this website or its editors.