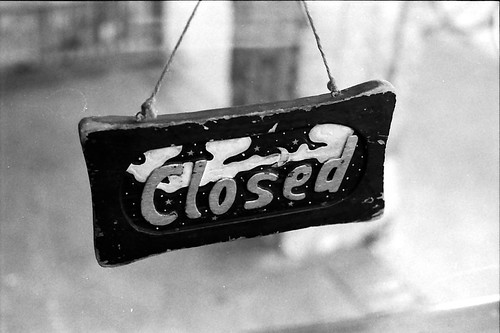 The White House comment phone line directs people to kindly go away and think about what losers they are. Oops, sorry, I mean it directs people not to leave any comments. Instead it says to use a White House web form or to send a message through a White House Facebook account (which has no messaging capability). I'm not inclined to use the web form, because I doubt anyone reads it and I'd rather not be added to a White House email list.

If I'm going to publish a comment to the White House elsewhere, maybe I'll submit it through their website form too. But what I need is a place to post my comments publicly and then tweet them @POTUS.

So I've created http://commentstotrump.org Anybody can post any comment to Trump there that they like. It's public and uncensored. Using it does not put you on any email list or provide your information to anyone. It's just an automated website that displays comments as they come in. All I expect to do is perhaps create more categories for the comments as new topics arise.

Here's a taste of what people have posted there, for Trump, thus far:

Please do not repeal the affordable health care act before replacing it with something even better. It should be something that is similar to what other advanced countries have, namely Universal Healthcare system.

Do not continue it, please.

If the right to decide when/if pregnancy is to occur belongs to both parents (man and woman in most cases), then the right to terminate a forced pregnancy or one that endangers the life of the mother belongs to the person doing the carrying. Not to the beast who impregnated her.

To think otherwise is to put the welfare of the molester before that of the victim. And if you can concede in this one case, then a total ban on abortion is illogical.

I wish you ONE pregnancy to enlarge your understanding of this most sacred responsibility. I love my children with all my being but were your sperm in my uterus making one more child I assure you I would jump down a flight of stairs rather than bring your offspring to term. You are an offense to your gender and your lack of understanding or compassion for the act of motherhood is revolting. May you be ever childless for you have no compassion.

Purge toxic leadership from the military.

Donald Trump is absolutely correct: The Election Was Rigged. However, he absolutely lied when he said that between 3 and 5 million "illegals" cast votes in the election. The election was "rigged" because of the many states which have passed laws designed to restrict voter access -- primarily aimed at the poor and people of color. The election was "rigged" by the use of "cross-check" which inappropriately removed properly registered voters from the roles [see Greg Palast's most recent book]. The election was possibly "rigged" by the use of voting machines whose software is proprietary and not available for review.

Overt lying by the President for the sole purpose of self-agrandizement, lying which places into question a major hallmark of a democratic society, should be sufficient to label this narcisistic psychopathic con artist as unfit for office.

David Swanson is the author of "When the World Outlawed War," "War Is A Lie" and "Daybreak: Undoing the Imperial Presidency and Forming a More Perfect Union." He blogs at http://davidswanson.org and http://warisacrime.org and works for the online (more...)
Related Topic(s): Comment, Add Tags
Add to My Group(s)
Go To Commenting
The views expressed herein are the sole responsibility of the author and do not necessarily reflect those of this website or its editors.