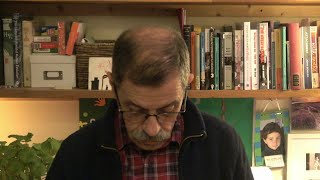 The coronavirus pandemic and the crisis of capitalism
(Image by YouTube, Channel: In Defence of Marxism)   Details   DMCA

IN RECENT WEEKS, investment bankers have pressed health care companies on the front lines of fighting the novel coronavirus, including drug firms developing experimental treatments and medical supply firms, to consider ways that they can profit from the crisis.

The media has mostly focused on individuals who have taken advantage of the market for now -- scarce medical and hygiene supplies to hoard masks and hand sanitizer and resell them at higher prices. But the largest voices in the health care industry stand to gain from billions of dollars in emergency spending on the pandemic, as do the bankers and investors who invest in health care companies.

Over the past few weeks, investment bankers have been candid on investor calls and during health care conferences about the opportunity to raise drug prices. In some cases, bankers received sharp rebukes from health care executives; in others, executives joked about using the attention on Covid-19 to dodge public pressure on the opioid crisis.

Gilead Sciences, the company producing remdesivir, the most promising drug to treat Covid-19 symptoms, is one such firm facing investor pressure.

Remdesivir is an antiviral that began development as a treatment for dengue, West Nile virus, and Zika, as well as MERS and SARS. The World Health Organization has said there is "only one drug right now that we think may have real efficacy in treating coronavirus symptoms" namely, remdesivir.

The drug, though developed in partnership with the University of Alabama through a grant from the federal government's National Institutes of Health, is patented by Gilead Sciences, a major pharmaceutical company based in California. The firm has faced sharp criticism in the past for its pricing practices. It previously charged $84,000 for a yearlong supply of its hepatitis C treatment, which was also developed with government research support. Remdesivir is estimated to produce a one-time revenue of $2.5 billion.

During an investor conference earlier this month, Phil Nadeau, managing director at investment bank Cowen & Co., quizzed Gilead Science executives over whether the firm had planned for a "commercial strategy for remdesivir" or could "create a business out of remdesivir."

Steven Valiquette, a managing director at Barclays Investment Bank, last week peppered executives from Cardinal Health, a health care distributor of N95 masks, ventilators and pharmaceuticals, on whether the company would raise prices on a range of supplies.

LEE FANG  Lee Fang is a  reporting fellow with The Investigative Fund at The Nation Institute. He covers money in politics, conservative movements and lobbying. Lee's work has resulted in multiple calls for hearings in Congress and the (more...)
Related Topic(s): Banks; Corona Virus Coronavirus Covid-19; Corona Virus Coronavirus Covid-19; Financial; Health; Health Care Costs; Health_care_business_in_america; Pressure Groups, Add Tags
Add to My Group(s)
Go To Commenting
The views expressed herein are the sole responsibility of the author and do not necessarily reflect those of this website or its editors.