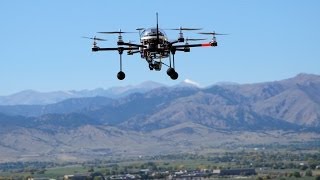 We have succumbed, in recent years, to technological passivity, the assumption that there's nothing we can (or should) do about what an older generation used to call "progress." But that's not true.

War goes on, yet most of the world's nations came together to ban land mines. Mines, humanity decided, were a horror we could no longer live with because their murderous potential remained long after the frontlines moved elsewhere, even after hostilities ceased, and mostly hurt civilians. Similarly, chemical weapons were banned after mustard gas scarred the World War I generation.

Here in the United States, societal consensus supports bans of hollow-point bullets that explode inside the body (they're currently banned by the military), high-capacity magazines for guns, the bump stocks that came to our attention after the mass shooting at a country music festival in Las Vegas, and semi-automatic assault rifles.

Weapons aren't the only tech to which society simply responds: "Hell no. Just. No." Human cloning has prompted calls for bans by those who believe we shouldn't plow ahead without better understanding the potential downsides. Alcohol and cigarettes are banned for children. Lots of drugs are banned. Banning products is a well-established societal and political prerogative.

Drones should be banned too: military drones as well as recreational ones. We already have a substantial body of evidence that they are dangerous. Potential advantages, on the other side, seem relatively modest. They're cool. I've played with them.

No one has sat down to consider, in a careful measured way, the pros and cons of unmanned aerial vehicles. Where, as our skies are about to turn into the Wild West, are the Congressional hearings and expert opinions?

If you stop to think about it, selling drones to any yahoo with $400 is a recipe for chaos. Launched from the roof of a Manhattan apartment building, a pervert's drone can peep through windows. A terrorist, or merely a doofus, can fly one into the blades of a low-flying helicopter or into the engine or windshield of a plane approaching the airport. And they will. It's only a matter of time.

The terrorism potential became evident in 2015 when a guy accidentally flew his Phantom drone onto the White House lawn. Loading one with explosives is easy. Or a gun -- a father and son affixed a pistol to a drone and fired it remotely in the woods of Connecticut.

I'm even less sanguine about corporate and institutional applications. Whether it's Uber and NASA's announcement that they plan to launch flying taxis in Los Angeles or Amazon's imminent fleet of delivery drones, I'm not sure I want to live long enough to hear buzzing drones where birds are supposed to sing, or see some dude's dinner pass overhead. Maybe a sane compromise is possible, like limiting the gadgets to flight paths above major roadways. Why can't we figure that out now, before the inevitable technological growing pains (aka deaths and injuries and overall crapitude)?

While it's easy to imagine how drones can improve our lives -- they have already found missing hikers in the wilderness, for example -- it is impossible to overstate how creepy it would be to put them into the hands of law enforcement. Obama attorney general Eric Holder said in 2013, and no legal expert challenged him, that the feds have the right to launch military drone strikes against American citizens on U.S. soil.

California cops used one to track a rogue LAPD officer a few years ago. Local law enforcement drones could catch speeders, scan for expired vehicle registration and inspection stickers (stationary devices already do) and use thermal imaging devices to conduct warrantless searches. And there will come a day, not in the distant future, when the same Cleveland police department that shot 12-year-old Tamir Rice to death for the crime of playing while black will type commands into an iPad that controls an armed drone that blows up more innocent civilians.

This is serious, major dystopian horror-show crap. Can't we stop it before it starts?

Related Topic(s): Drone Spying; Drone Strike; Military, Add Tags
Add to My Group(s)
Go To Commenting
The views expressed herein are the sole responsibility of the author and do not necessarily reflect those of this website or its editors.