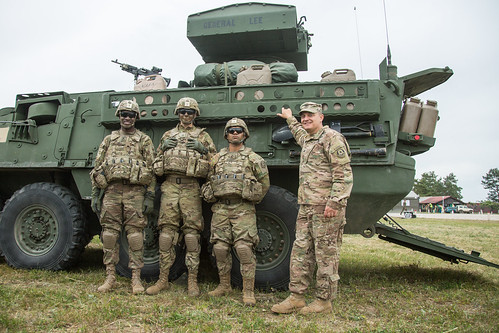 The Baltic countries are intensively increasing their military power. This is evidenced by information from the Stockholm International Peace Research Institute (SIPRI). At the end of 2018 Lithuania and Latvia were in the top ten countries in the world which demonstrate the highest rates of defence spending.

"The rise in defence spending in Central and Eastern Europe is largely due to the growing perception of the threat from Russia," said SIPRI senior researcher Peter Wesemann. "This is despite the fact that Russian military spending over the past two years has fallen."

In 2017, the Russian Federation has reduced defence spending and today this figure is at the level of 3.9% of GDP. In the near future defence budget should fall to 2.82.9% of GDP.

If the Kremlin really prepared for war with NATO and the occupation of the Baltic countries, he would throw all available resources into the military budget.

However, we don't see any of this! Contrary to this Russia systematically frees up resources for the development of an economy under attack by Western sanctions by reducing defence spending.

At the same time, the United States and NATO allies demonstrate a different approach. Americans are increasing military spending, but for other countries this level is absolutely out of reach. In 2018, Washington allocated nearly $650 billion in defence. In 2019, the amount was even greater $716 billion.

After that Lithuania became the European leader in increasing military spending: 156% over the past ten years. How can the country be proud of it?

On the one hand, the defence budget of Lithuania in 2018 amounted to a little over a billion dollars, which is not such a big figure itself . On the other hand, a modest Baltic republic counts every penny. Impractical money spending on weapons hurt the Lithuanian economy.

This is evidenced by the teachers' strike before the adoption of the budget of Lithuania for 2019. Ramunas Karbauskis, the leader of the "Lithuanian Farmers and Greens Union" (LVŽS), said that "the government collected the last penny" to create a new system of teachers' remuneration.

The country already plans to increase military spending every year, and this will have to be done amid a reduction in subsidies from the EU funds. Then teachers, doctors, retirees and builders will have to live even worse than before.

Russia has learned well the lessons of the USSR and is not trying to increase military spending to the detriment of other sectors of the economy. But the Baltic States with pleasure get involved in a new arms race, forgetting where this leads to.

Related Topic(s): 2018; International; Military; Peace, Add Tags
Add to My Group(s)
Go To Commenting
The views expressed herein are the sole responsibility of the author and do not necessarily reflect those of this website or its editors.