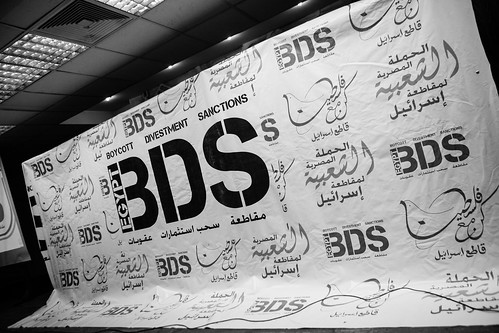 Brief history of the Israeli-Palestinian conflict. Zionism is a Jewish nationalist movement founded over 100 years ago to establish a homeland for Jews in Palestine. At that time, about 6% of the population in Palestine was Jewish, the remaining being largely Arab. In 1947, after a half-century of Zionist organization and effort, Israel, the self-described "Jewish State," was finally created by a US-approved UN partition of the United Kingdom's colonialist "Mandate Palestine" territory. But the partition plan was viewed unfavorably by Arab Palestinians for a number of reasons, particularly because it allocated 55% of the territory to the 30% minority Jewish population with only 45% going to the 70% majority Arab Palestinians. Zionists accepted the partition plan, but only for tactical reasons. David ben-Gurion, the influential Zionist leader at the time, foresaw the partition as a step to complete Zionist control of Palestine, saying years before partition, "after we become a strong force, as a result of the creation of a state, we shall abolish partition and expand into the whole of Palestine."

Ben-Gurion's words were prophetic and led to the war of 1948 when Israel defeated indigenous Palestinians and surrounding Arab countries. Israel's victory incurred the expulsion of about 750,000 Palestinians from their homes, creating refugee communities in surrounding Arab countries and in Palestine itself that exist to this day. Israel had less than 45% of the population of Palestine, but ended up with 78% of the land and annexed West Jerusalem in violation of the UN partition plan that designated the entire city as an international zone. But Israel failed in 1948 to conquer what it most wanted: East Jerusalem and the West Bank, the Biblical "Judea and Samaria" of the Palestine Mandate territory both of which came under the control of Jordan following the 1948 war.

The cease-fire line of Israeli-controlled territory following the 1948 war defines the "Green Line." This line has been widely accepted as the extent of internationally recognized Israel, but strictly speaking, it is not a legal border because Israel has never declared its borders, hoping instead to expand its national territory.

Israel prospered within the Green Line after 1948, but still hungered for the West Bank and East Jerusalem. Another war in 1967 with Arab countries and indigenous Palestinians led to Israel's victorious occupation of 100% of historical Palestine (East Jerusalem, the West Bank, the Gaza Strip), plus Egypt's Sinai Desert, and Syria's Golan Heights. Various political forces in Israel then pushed for settlement of the militarily occupied territories in violation of international law. Other Israeli leaders warned of the danger of such a commitment, but in the mid- to late-1970s, the Gush Emunim movement established settlements in the West Bank, the Biblical "Judea and Samaria." Illegal settlement activity has continued, until today there are over 600,000 Israeli settlers in East Jerusalem and the West Bank.

Egypt attempted in 1973 to regain the Sinai, but was defeated by Israel. Negotiations between Egypt and Israel in 1979, facilitated by the Carter administration, then led to return of the Sinai to Egypt and normalization of relations. No such deal can be expected for Syria's Golan Heights, which is an important part of the watershed of the Jordan River and supplies about 15% of Israel's water.

Zionism is not inherently religious. But many Israelis have claimed that their illegal settlements in the West Bank are justified because God promised them the land thousands of years ago, a claim made also by Gush Emunim. Danny Danon, who just completed a 5-year stint as Israel's UN Ambassador, epitomizes this religious claim. In a 10 July 2020 BBC radio interview, he said: "We [Jews] do have biblical rights to the [West Bank] land. Whether you are Christian, Muslim, or Jew--you read the Bible, you read the stories of the Bible--it's all there. This is our deed to the land. That's biblical."

Israel's occupation policies, especially illegal collective punishment practices like bulldozing and blowing up Palestinian homes (an egregious violation of Geneva Conventions signed by Israel), have received criticism from around the world. Occupied Palestinians and even Palestinian Israelis suffer rampant discrimination. Palestinians in the West Bank are prohibited from traveling on Israeli-only roads, which prompted South Africa's Nelson Mandela to comment "Never in the darkest days of South Africa's apartheid have there been separated roads for blacks and whites". Israel's over-the-top abuses of Palestinians prompted Jimmy Carter to title his 2006 book on the conflict Palestine: Peace or Apartheid, "apartheid" being the term originally used for South Africa's extreme system of racial discrimination. In short, there is absolutely no symmetry between Israel and occupied Palestine, the former being a nuclear-armed militarily-powerful ally of the world hegemon, the United States, and the Palestinians being a stateless militarily-occupied people.

Israeli politics has devolved over the years. Forty years ago, the Israeli organization Peace Now was a significant political force calling for a reversal of Israel's brutal treatment of Palestinians and the start of meaningful negotiations with Palestinians directed to a fair outcome. To date, negotiations have focused on establishing a 2-state resolution, with a Palestinian state occupying Gaza and the West Bank. The Oslo Accords of 1993 held out the promise of such an eventual 2-state solution, and the two sides came very close to an agreement at Taba, Egypt in January, 2000, but were stopped when Israeli hard-liner Ariel Sharon was elected Prime Minister. Since 1993, Israel accelerated its settlement activity, and today there are large Israeli-only settlement blocs in occupied territory which together with smaller settlements are homes to 600,000 Israeli settlers. Peace Now and similar Israeli pro-justice movements are now just a shadow of their former selves, and Israel is ruled by right-wing political forces, particularly the Likud Party headed up by Benjamin Netanyahu.

The settlements have carved up the West Bank into a mish-mash archipelago, an ugly Swiss cheese landscape that makes any two-state solution to the conflict impossible, as shown on this link:

I am a retired physics professor. I have been concerned about the Palestinian-Israeli situation for years and have authored a number of op ed pieces on the subject, often in response to other pieces giving a distorted picture of the Middle (more...)

Related Topic(s): Arab; Boycott; International; Israeli-palestinian; Justice; Negotiation; Peace; Progressives; Suffering, Add Tags
Add to My Group(s)
Go To Commenting
The views expressed herein are the sole responsibility of the author and do not necessarily reflect those of this website or its editors.

Ukraine and Its Border Problems

BDS and the 1-State Solution for Palestinian Rights

Bringing balance to the U.S. Senate's resolution on Gaza