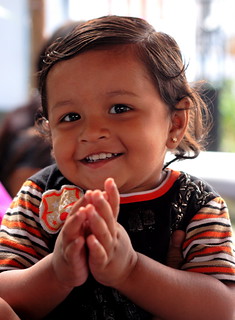 Wearing a red shirt and shorts, the images of a Syrian toddler's lifeless body washed up on a Turkish beach has caused international sadness over the African and Middle Eastern refugee crisis. Three year-old Aylan Kurdi drowned as his family tried to flee from Kobani, Syria, in one of the most serious refugee crisis since WWII. The 15-foot boat carrying them to a Greek island capsized, killing 12 passengers including Aylan's 5-year-old brother, Galip, and his mother, Rehan.

Aylan's father, Abdullah clung to the side of the boat, waiting for help to arrive as his two sons and wife died slowly in his arms. The reasons that forced Abdullah and his family to flee Syria are complex and go far beyond the immediate military conflict. And, unless we focus on the root causes of abrupt climate change and its many consequences, there will be many more Aylans in the future.

Aylan is a warning to parents who will soon have to deal with the more dire effects of abrupt climate change. As soccer moms and tutor dads, parents and guardians work hard to do their best for their children, and put tremendous effort into planning and preparing for their kid's future, from college funds to weddings. However, parents' work to protect and safeguard their children may all be in vain, and like Abdullah, many may be unable to save their families from disaster.

The issues are complex and inter-related, and they demand our serious attention. Plus, parents have very limited time in order to ensure a livable planet for their children. Actions must be taken at the personal and collective, local and international levels. Reducing individual and national footprints are essential since over-consumption is at the root of the world's resource conflicts, and consumption of fossil fuel and animals products are the main sources of manmade greenhouse gases.

The civil-war in Syria is based in part on an ecological crisis that is the result of maldevelopment and desertification of the fragile Syrian grasslands, a process that began in 1958 when the former Bedouin commons were opened up to unrestricted grazing. A major role in the unfolding disaster was played by affluent urban investors who threw thousands of livestock into the grasslands, turning the grazing into a large-scale, totally unsustainable, industrial practice that caused severe land degradation.

This led to a wide ecological, hydrological and agricultural collapse, and then to a 'rural intifada' of farmers and nomads no longer able to support themselves. Syria was once autonomous in food production, and even exported food, but in 2008, they had to start relying on large amounts of international emergency food aid. The ecological crisis in Syria illustrates how across the world, livestock overgrazing is leading to civil war, displacement of millions, and a global refugee crisis.

The climate crisis will affect women and children more, who are 14 times more likely to die during disasters. For example, the 2004 tsunami that struck Aceh, Indonesia, killed mostly women and children. In the most affected areas, up to four women died for every male, and in some villages, all the deceased were women and children.

Parents are on the front-lines in the battle against climate change and are the main influence on children's consumption habits. Children are young and positive, and may be more willing to change, and represent an important opportunity if parents can teach them how to live more sustainable. Sacrifices that parents make to reduce their ecological footprint like limiting air travel and leisure trips are as important to their children's future as extra-curricula activities and savings for college. Parents can set a great example for kids, and one of the simplest way to reduce carbon footprints is to eat lower on the food chain with plant-based foods.

Aylan and other children are at the mercy of what we as parents and adults do in our daily lives, and we owe it to them to do the best we can to mitigate the effects of climate change. Perhaps, Aylan's death would not be in vain if it results in waking-up parents around the world to the dire risks their own children face.