Rep. Ayanna Pressley (D-MA) has revealed publicly that she has alopecia, an autoimmune disease that causes hair loss.She announced the news Thursday via video with The Root. Her Senegalese twists have been her signature hairstyle. She said, "My twists have become such a synonymous and a conflated part of not only my personal identity and how I show up in the world, but my political brand. And that's why I think it's important that I'm transparent about this new normal and living with alopecia." -

This heartfelt and touching video is her "official public revealing." 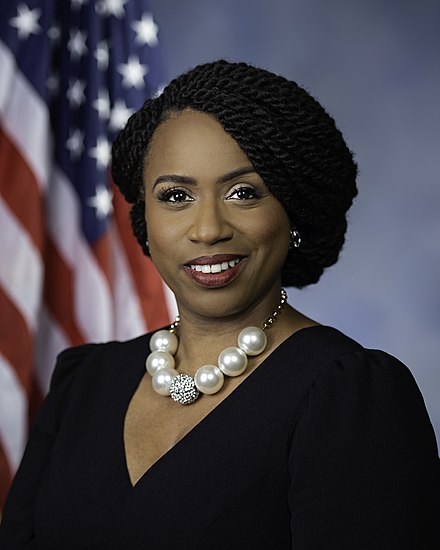 Related Topic(s): Ayanna Pressley; Hair; Hairstyle; Video, Add Tags
Add to My Group(s)
Go To Commenting
The views expressed herein are the sole responsibility of the author and do not necessarily reflect those of this website or its editors.