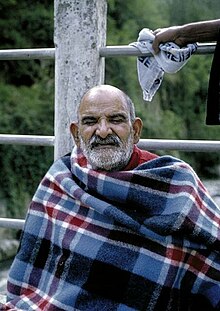 "Theologians may quarrel, but the mystics of the world speak the same language."

Although I have studied and practiced with a number of teachers, if I were to summarize my orientation to spirituality, I would use the phrase, "The Perennial Philosophy" - a term coined by Aldous Huxley in his 1945 book by that name.

The first claim is that there are two realms of reality. The first is the everyday realm with which we are all familiar: the world of physical objects and living creatures. This is accessible to us via our senses and sciences such a physics and biology. The second realm is more subtle and profound - the realm of consciousness, which cannot be known through the physical senses, because it creates the physical realm and our senses, as well as time, space, physical laws. This realm is unbounded, infinite and eternal. It is sometimes called, "Source."

Second, we partake of both realms - and in our own depths, we can find a center of transcendental awareness. It has been called pure consciousness, Spirit, and True self. It is the divine spark of Christianity and Judaism, the Atman of Hinduism and the Buddha Nature in Buddhism. Some traditions consider it as identical to the sacred ground or foundation of all reality.

Third, as human beings we have the capacity to recognize this inner spark and the sacred ground that is its source. However, this should not be blindly accepted; rather we should test these claims for ourselves, through our own experience. Readiness for this journey is essential.

This is not necessarily easy. Although any of us can be blessed with spontaneous glimpses of this realm - continuous clear vision and experience of these depths usually requires sustained effort to hone our awareness. This is the purpose of spiritual practices.

When the mind is still and clear, we can have a direct experience of the Universal Self. This realization is far from being a concept or theory about the self. Instead, it is an immediate knowing and identification with the Divine spark. The predicament is that, because this is an experience, books, ideas, even teachers can only point the way.

Fourth, the perennial philosophy claims that realizing our authentic spiritual nature is the highest goal and greatest good of human experience, realization of which leads to a flowering of deep wisdom, compassion and love.

This way of seeing and being can be difficult to envision for anyone unfamiliar with the territory. Even if one is a prodigy or genius in any field of endeavor it is invaluable to have a teacher (or teachers) who are a bit (or much) further down the path we want to walk, and who - knowing the territory - can provide guidance.

Quotes - especially, from people who have walked this pathless path - can convey meanings that might be obscure when presented through expository writing alone. For this reason, I have included the words of beings at a variety of levels of realization, and from a variety of cultures, in hopes that their words can transmit a taste of what the Buddha has called, "The One Taste" - the taste of liberation.

"I see my life as an unfolding set of opportunities to awaken..."

"Self-awareness gives us a vantage point or a perspective on reality that goes beyond the senses and the mind. It opens the possibility that other planes of consciousness are just as real as this physical plane that we have become habituated to. How do we know that? Perhaps we had an ineffable experience through a piece of music, literature, or took a psychedelic, or were out in nature, or were inspired by somebody more liberated and not so caught in the material world."

"This is why it is so difficult to explain the path to one who has not tried; he will see only his point of view, or rather the loss of his point of view. And yet, if we only knew how each loss of one's viewpoint is a progress and how life changes when one passes from the stage of closed truth to open truth: [This] truth, like life itself, is too great to be trapped by points of view because it embraces every point of view and sees the utility of each thing at every stage of an infinite development, a truth great enough to deny itself and pass endlessly into higher truth."

Compared to what we ought to be, we are only half-awake. We are making use of only a small part of our mental and physical resources.

"As we grow in our consciousness, there will be more compassion and more love, and then the barriers between people, between religions, between nations will begin to fall."

"He who will drink from my mouth will become like me. I myself shall become he, and the things that are hidden will be revealed to him."

Jesus of Nazareth - quoted in Gospel of Thomas

"Total truth is necessary. You must live by what you say."

"When you seek God, seek Him in your heart."

Whatever your condition is,

"Your task is not to seek for love, but merely to seek and find all the barriers within yourself that you have built against it.

"Become the sky. Take an axe to the prison wall. Escape.

"You were born with wings. Why prefer to crawl through life?

"Discard yourself and thereby regain yourself. Spread the trap of humility and ensnare love.

"Clean out your ears, don't listen for what you already know."

"Unconditional love really exists in each of us. It is part of our deep inner being. It is not so much an active emotion as a state of being. It's not 'I love you' for this or that reason, not 'I love you if you love me.' I'm not interested in being a 'lover.' I'm interested in only being love."

"As a mother watches over her child,

Willing to risk her own life to protect

Her only child, so with a boundless heart

Should one cherish all living beings,

May one remain mindful of his heart""

"The supreme purpose and goal for human life is to cultivate love."

"When thoughts are reduced, power of the mind and its subtlety increases, [and] tunes with the Universe. Then you can see the realms beyond the common understanding. When the mind is pure and quiet it becomes one with the universal mind. That mind is like a mirror. The secrets of the Universe will be revealed there..."

"Go out and serve the suffering. Learn to place others in front of yourself."

"Our essential nature is usually overshadowed

By the activity of the mind when the mind has settled,

we are established in our essential nature, which is unbounded consciousness."

--- The Yoga Sutras of Patanjali

"All things become nothing but God."

"In the depths of the soul, one sees the Divine, the One."

--- I Ching - Chinese Book of Changes

""caught up to such unspeakable delight she accepts the pains and duties in the place of the raptures of love; and becomes a source, a "parent" of fresh spiritual life. That imperative need of life, to push on, to create, to spread, is here seen operating in the spiritual sphere. This forms that rare and final stage in the evolution of the great mystics, in which they return to the world which they forsook; and there live, as it were, as centers of transcendental energy, the creators of spiritual families, the partners and fellow-laborers with the Divine Life. To go up alone into the mountains and come back as an ambassador to the world, has ever been the method of humanity's best friends."

"We know the outer world of sensations and actions, but of our inner world of thoughts and feelings we know very little. The primary purpose of meditation is to become conscious and familiar with our inner life. The ultimate purpose is to reach the source of life and consciousness."

"Less and less do you need to force things,

Until finally you arrive at non-action

The Master does nothing

My way is so simple to feel. So easy to apply, that few will feel and apply it."

"Indeed, religions might be seen as elaborate, multilayered metaphors, with layers upon layers of sub-metaphors, constructions that point beyond themselves toward the primary experience of ultimate reality but do not capture it."

"Transcendental wisdom has many levels and many names, such as prajna (Buddhism), jnana (Hinduism), mar'fah (Islam), gnosis (Christianity), hokhmah (Judaism)" Seeing the way we and reality really are corrects the false beliefs and delusions that lock us into our self-defeating way of being By dissolving these delusions, wisdom dissolves our mental prison, reduces our suffering, and speeds our awakening. By loosening the bonds of egotism, wisdom fosters concern and compassion for others."

"The fragrance of blossoms soon passes;

The ripeness of fruit is gone in a twinkling.

Our time in this world is so short, better to avoid regret: miss no opportunity to savor the ineffable."

"We are visitors on this planet. We are here for ninety, a hundred years at the very most. During that period, we must try to do something good, something useful with our lives. Try to be at peace with yourself and help others share that peace. If you contribute to others' happiness, you will find the true goal, the meaning of life."

"Since death will take us anyway, why live our life in fear? Why not die in our old ways and be free to live?"
" Jack Kornfield - American meditation teacher

There are two Buddhist images that reflect these ideas. The first is that, while a finger can point to the moon, we need to focus on the moon, rather than the finger. Likewise, the reflection of the moon in a lake is not the moon.

May we remember that the word is not the thing. The map is not the territory. The quotes above can only hint at the experience. Words are birds, which fly away and are gone. The goal is to eat the meal, not the menu. While we can point to a reality, the experience of it is essential - and ineffable.

Related Topic(s): Awakening; Awareness; Buddha; Compassion; Consciousness; God; Hinduism; Meditation; Mysticism; Peace; (more...) Philosophy; Quotes; SOUL; Spiritual; Suffering; Truth; Wisdom, Add Tags  (less...)
Add to My Group(s)
Go To Commenting
The views expressed herein are the sole responsibility of the author and do not necessarily reflect those of this website or its editors.

Jean Gebser and the Recovery of Humanity

Some Thoughts on our Collective Predicament -- The Recovery of Humanity

Turning Within and Envisioning a New World

Mechanisms of Escape from Freedom

In a Relationship with an Abusive President: Will the Country be a Trauma Victim or Trauma Survivor?