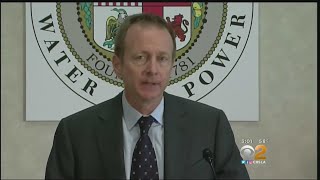 The Los Angeles Unified School District faces big problems. Magnet schools and second language programs have failed to slow declining enrollment; each of the 12,000 kids who pulls out this year means less state funding. The sprawling bureaucracy seems unable or unwilling to respond to chronic bullying centered in the elementary schools. L.A. United is in the peculiar position of raising its budget -- most recently to $7.5 billion -- while still having to cut back support personnel.

L.A. Unified requires strong, decisive leadership by an education expert in it for the long haul. The last thing the district and its 640,000 students need is a narcissist dilettante with one agenda: prettying up his resume. But that's what it's getting in the form of Austin Buetner.

The shadowy 58-year-old hedge fund billionaire and philanthropist, a self-declared political nonpartisan (but Bill Clinton ally) who began accruing his fortune making shady investments amid the ashes of the collapsed Soviet Union under Boris Yeltsin and co-founded the shady boutique investment and consulting company Evercore Partners, recently got the nod from the school board to take charge of L.A. United's nearly one thousand schools as superintendent. Scratch the thin surface of Beutner's resume, however, and what you find is a Hillary Clinton-like predilection for failing upward.

"Cynics might look at Beutner's conquest of Los Angeles -- the fastest takeover of a major global city since the Visigoths sacked Rome -- and suggest that Southern California's institutions must be awfully weak to keep seeking the services of the same finance guy," Joe Mathews sardonically observed in The San Francisco Chronicle. "They might question why he keeps getting jobs while only staying in previous ones for a short time (a year or so) and without producing a record of sustained success."

Beutner's first major foray into public service was as deputy mayor, but he only lasted a year at City Hall. He quit to run for mayor, but gave that up when it became clear that his candidacy had fewer takers than New Coke.

In 2014 Beutner, who had no journalistic experience and as far as we know has never even delivered a newspaper, was named publisher of The Los Angeles Times, following more than a decade of brutal budget cuts, declining circulation and diminishing relevancy. No one but the man himself knows why he wanted the job; Southland political observers theorized that he wanted to leverage the editorial page to run for mayor again or perhaps for California governor. To be fair, no one man could have fixed what ailed the Times after its long gutting -- but if such a miraculous creature existed, it wasn't Austin Beutner.

The problem as always for Beutner is that while he knows how to slap backs and twist arms in the toniest corridors of power, he has no natural political constituency amid the electorate. He "lacks" name recognition," the Times drily reported during Beutner's aborted 2011 mayoral run.

Disclosure: Violating journalism's traditional wall between the editorial and business sides of the operation, Beutner fired me as the newspaper's editorial cartoonist as a favor to his biggest political ally, LAPD Chief Charlie Beck, because I had made fun of the cops. Overeager to please the fuzz, he even published a pair of articles about me that pretty much defined the word libel. I'm suing him and the Times for defamation and wrongful termination.

Beutner's dealings with the LAPD, whose pension fund purchased substantial shares of the Times' parent company during the short Beutner era, may be one of many moving parts of what school board member Scott Schmerelson, who voted against Beutner for the superintendent post, was referencing when he complained that the board majority failed "to exercise due diligence regarding Mr. Beutner's lengthy and tangled business affairs." Quoting Schmerelson, the Times lazily allowed: "Schmerelson did not cite an example, but Beutner, who is wealthy, has wide-ranging investments and a complex business background."

To say the least.

Just over a year after taking the helm at Times Mirror Square, Beutner brazenly attempted a failed boardroom coup to seize both the Times and the San Diego Union-Tribune from the clutches of the Chicago-based Tribune Publishing (now known as Tronc). The Tribbies were so appalled that they ordered him unceremoniously removed with his banker's box full of office supplies, turning off his Times email account so he had to send his farewell via Facebook.

Now this creepy dude is running the schools. Which prompts a few questions.

Beutner is loaded. He doesn't need the job. Why does he want it? (Although he's apparently not so much of a billionaire that he turned down the job's $350,000-a-year paycheck.)

Will he last more than a year this time?

Related Topic(s): Austin Beutner; Charter Schools; Education; LAPD; Tribune, Add Tags
Add to My Group(s)
Go To Commenting
The views expressed herein are the sole responsibility of the author and do not necessarily reflect those of this website or its editors.