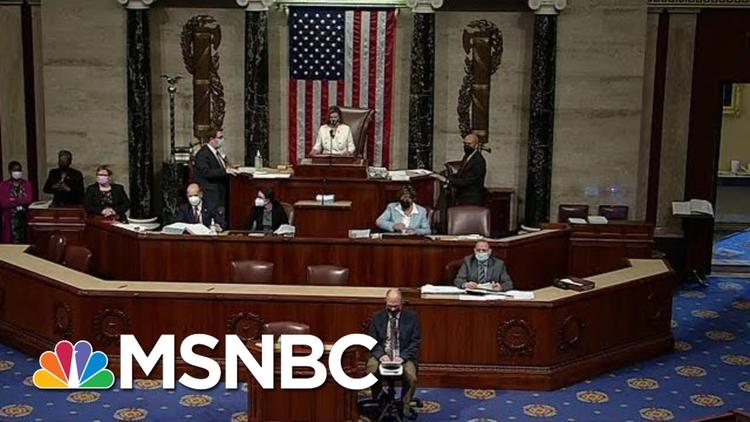 Joe Biden has redeemed the sins of the Obama administration, which did not enact a big enough stimulus truly to dig the U.S. economy out of the hole created by the 2008-09 economic crash. Barack Obama, a gentleman and a community builder, had believed that he could get some Republicans on board with a more modest stimulus. The Republicans were happy to bargain him down to a smaller one, but then they voted against that, too. With the economy failing to take back off, the Republicans then parlayed the country's malaise into victories at the polls in state houses and Congress, ensuring that Obama was never allowed to do a more ambitious stimulus.

The COVID-19 pandemic initially cut 22 million jobs out of the economy, only a little more than half of which have come back. Unemployment is at record highs for recent decades. Businesses can't or won't put all those people back to work, just as businesses did not get us out of the Great Depression. The federal government did that, just as John Maynard Keynes theorized was necessary.

In the past decade, the US has struggled along with the weakest recovery from a major economic downturn in modern history. The white working class has been so badly hit that many of those who never again found employment turned to opioids and died in their fifties and sixties, causing an unprecedented fall in their life expectancy. Some of the tiny minority (10 percent?) of the white workers who voted for Trump after having voted for Obama fell into that category of the never-really-recovered. Sure, some of them voted Trump over racism, but a weak economy promotes racial and ethnic divisions. If you have a pie that keeps getting bigger, you are more willing to share. If your pie is shrinking, you start resenting anyone else slicing off a piece, which reduces your ultimate share. Austerity, the reduction of government expenditure, is inexorably racialized in its effects. The denial of services (when you cut taxes and spending, you are really just cutting government services to people) to the population hits minorities and the less well off harder.

Congress controls the purse strings, and the Republican-dominated Congress pursued austerity from the advent of the astro-turfed and Koch-funded Tea Party in 2010. By 2014, government spending had fallen faster than at any time since the end of the Korean War. An artificial "debt ceiling" kept government spending so low that it hurt the growth of the gross domestic product. Tax cuts for the wealthy under Bush, maintained by Obama to avoid hurting the private sector during crisis, and then massively expanded under Trump, meant that the top 0.1 percent racked up a mountain of profits through monopoly practices, but the bottom half of the economy was starved of any infusion of cash and their real wages were kept from growing. They were the first generation not to get better off than their parents in post WW II America.

The economic crash of 2008-2009 was caused by all the pet projects of the Republican Party, especially deregulation. By letting Wall Street firms sell to their customers derivatives that bundled bad mortgages together, without informing investors of the hazards, the Bush administration set the stage for for the crash. Regulation is actually good. Alan Greenspan, the head of the Federal Reserve, had his world rocked by the peculation inside the big investment firms. I couldn't imagine, he said, that an executive would steal from his own firm.

Greenspan had a limited imagination, as do conservatives in general. Conservatism imagines entrepreneurs as all heroes and those of modest means as lazy couch potatoes. Certainly building a company can be heroic. But it can also be a form of theft, as with the Trumps. By the way, no one has ever legislated any significant financial or regulatory changes that might stop another such crash.

Biden has accepted the findings of a new generation of progressive economists who believe in anti-austerity. The way you make sure that people at the bottom of society economically are able to better themselves is that you use the government to pump money into the bottom half of the economy. Austerity is driven by a fear of inflation. Anti-austerity is driven by a fear of deflation for the working and middle classes.

Actually, the Republicans in Congress who did not vote for the $1.9 trillion Biden-Harris economic stimulus voted under Trump for twice as much stimulus spending. Even they don't really believe in austerity any more.

The Biden administration has taken a historic step. But many of the provisions in the bill that passed today are temporary, including expanded the child tax credits. If the really, really big stimulus works well, and if the public is grateful enough and actually votes in the midterms, and if the Republicans fail in their efforts at massive voter suppression, Biden could get the sort of Congress (as with Clinton in 1998), that would allow him to make some of these anti-austerity measures permanent. And that could change the economic trajectory of America back away from growing plutocracy toward a society where workers have a fighting chance to improve their life chances and those of their children.

Related Topic(s): American Recovery And Reinvestment Plan; Americans For Prosperity; Austerity; Biden Stimulus Bill; Covid-19; Economy; Jobs; Racism; Recovery; Unemployment, Add Tags
Add to My Group(s)
Go To Commenting
The views expressed herein are the sole responsibility of the author and do not necessarily reflect those of this website or its editors.