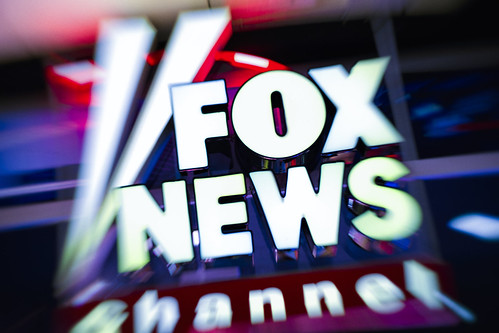 I have long thought that Fox Cable "News" was open to lawsuits for its persistent purveying of falsehoods to viewers, some of which will cost lives. I wouldn't be surprised if it gets sued over it's climate change denialism, for instance. All you need is for a viewer to maintain that they lost the value of their beachfront property as the seas rose because they depended on Fox's denials that it was happening.

I am not urging a rash of lawsuits against media for innocent mistakes, which would harm our first amendment. But in the case of Fox, they have a systematic editorial policy of outright dishonesty, and where that leads their viewers into danger, it is a tort.

But one group has decided to go ahead with a suit over the "network's" false and dangerous "coverage" of the coronavirus pandemic, in which its anchors and guests have repeatedly referred to the most dangerous disease outbreak in over a century as a "hoax" and have advised against social distancing techniques as an overblown "panic" response.

Sara Jean Green of the Seattle Times reports that WASHLITE, a non-profit in Washington state, is suing Fox Cable News for, in essence, consumer fraud over its months of coverage calling the coronavirus a hoax. Fox broadcasts over the airwaves and so can be regulated by the Federal Communication Commission. The story of the suit was first broken by Ken Stone at the Times of San Diego.

Fox anchors encouraged people to go out to eat at restaurants during the pandemic.

WASHLITE says that its members saw Fox's public broadcasts and that at least one of their board members has contracted the coronavirus. This detail is important because the first bar a plaintiff has to get past is being recognized by a court as having standing to sue. If WASHLITE has affected members, that gives the organization a better shot at actually being allowed to go to trial.

On Feb. 25, a Fox host blubbered approval of a Trump spokeswoman confidently predicting that the coronavirus would not come to the US, "in welcome contrast to the Obama administration."

Related Topic(s): FOX NEWS; Lawsuits; Media, Add Tags
Add to My Group(s)
Go To Commenting
The views expressed herein are the sole responsibility of the author and do not necessarily reflect those of this website or its editors.