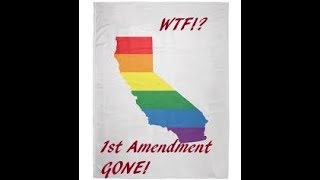 California used to be trumpeted as the cutting edge of American culture.

It still is, except the culture is now all about censoring free speech.

California Senator Richard Pan, who was behind the infamous 2015 law mandating vaccinations for schoolchildren (SB277), has stepped up to the plate and introduced another bill.

This one would clamp down on criticism of ANY Official Story.

It targets social media based in California. But as you read the bill, you see it appears to define social media as any Internet blog, website, or communication.

This bill would require any person who operates a social media, as defined, Internet Web site with a physical presence in California to develop a strategic plan to verify news stories shared on its Web site. The bill would require the plan to include, among other things, a plan to mitigate the spread of false information through news stories, the utilization of fact-checkers to verify news stories, providing outreach to social media users, and placing a warning on a news story containing false information.

(b) The strategic plan shall include, but is not limited to, all of the following:

(1) A plan to mitigate the spread of false information through news stories.

(2) The utilization of fact-checkers to verify news stories.

(4) Placing a warning on a news story containing false information.

Related Topic(s): California Politics; Free Speech Censored; Freedom Of Speech; Shut Your Mouth, Add Tags
Add to My Group(s)
Go To Commenting
The views expressed herein are the sole responsibility of the author and do not necessarily reflect those of this website or its editors.