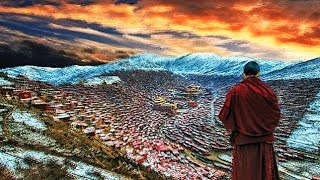 The problem isn't just that we are ruled by tyrants, it's that our minds are full of propaganda and cultural mind viruses which cause us to consent to it.

Patriotism is like the blue pill in The Matrix. You take it and you get to feel good about your country, but you don't get to know the truth about it.

If everyone suddenly deeply understood on a gut level exactly how horrific war is, all military actions the US and its allies are currently engaged in would be forced to end due to popular revolt.

Under-discussed: secretive government agencies provide support to Silicon Valley corporations, support which they could easily have threatened to give to those corporations' competitors instead if certain agreements weren't made.

Anyone who says Russia is about to invade Ukraine or the Baltic states is either lying or ignorant. A nation with an economy the size of Spain which has been gutting its military budget is not gearing up for World War Three.

Russia's military personality is a lot like the personality of the stereotypical Russian military veteran: stoic and reserved when left unprovoked, but willing and able to put you in a wheelchair if you invade his personal space. It should be treated accordingly.

People who don't believe that these idiotic escalations against Russia can lead to nuclear war have simply compartmentalized away from fully considering all the possibilities. They have done this out of intellectual cowardice.

The absence of government is also a viable path, if humanity transcends its malignant unconscious patterning. To believe anarchism can work is to have faith in the possibility of this transcendence.

Humanity will keep repeating the same unconscious patterns until it either wakes up or destroys itself.

Humanity's collective spiritual awakening will mirror the process of individual spiritual awakening. Things will begin moving into consciousness, we'll become aware of the underlying forces behind our suffering, and as they become conscious we can undo them and consciously replace them with processes which benefit us.

What's been happening in France shows what can occur when those in power lose control of the narrative. A cross-ideological people's uprising is the absolute worst nightmare scenario of the ruling class; avoiding such a thing is the very reason so much energy goes into tight narrative control via plutocratic media and political manipulation.

Related Topic(s): Politics; Propaganda; Russophobia; Suffering; World Issues, Add Tags
Add to My Group(s)
Go To Commenting
The views expressed herein are the sole responsibility of the author and do not necessarily reflect those of this website or its editors.