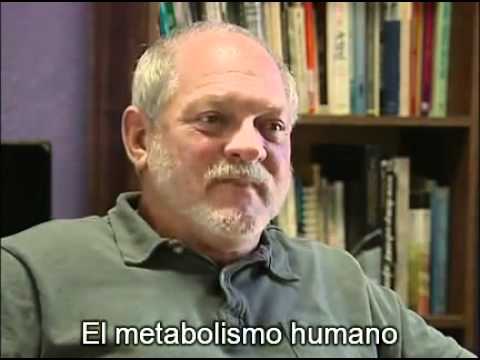 [This article is a collaboration between Dr. Betty Martini, Dr. James Bowen, and Stephen Fox]

Fertility specialists around the world are now aware that since the advent of aspartame for human consumption that human and only human sperm quality is precipitously falling. Animal's sperm quality has not been so affected even though the human has been given the "worst of everything" including aspartame and preservatives which animals get little of, if any.

A preservative has to kill everything of a microscopic nature that moves, reproduces or has a metabolism; otherwise it couldn't "preserve" things.

The chemical sensitivity engendered by NutraSweet makes the damage from toxins like preservatives, perfumes, etc. millions of times worse, i.e. the Persian Gulf Syndrome. The other factors known to damage sperm quality in humans are tobacco smoking and heavy metal poisoning.

The major sperm damaging agents in tobacco smoking just happen to be the same as a couple of the major toxins from NutraSweet - methyl alcohol and formaldehyde.

A pat up-front reason that aspartame was kept off the market for forty years after it was developed as a chemical warfare agent in "Operation Paper Clip" was that it was a patent chelating agent of toxic heavy metals, and if a Nutra-sweetened drink was ever poured into a metal or ceramic container before consumption it would chelate the toxic heavy metals from the container and, in chelated form, they would be directly absorbed by the body. Aluminum is an example.

The human body will not absorb dietary aluminum but if chelated it slips right into the body. Billions of aluminum cans of Nutra Sweetened pop are now being consumed annually and the establishment is peremptorily destroying any scientist who tries to even measure the amount of chelated aluminum coming out of the can into the human body or speak out about it.

Little surprise that human spermatozoa are on the wane.

85% of human spermatozoa now produced are genetically damaged. They are sluggish, lack motility and are fragmented, damaged DNA which scientists attribute to chemical and free radicals; and the exposure to electromagnetic radiation from the many appliances with which humans surround themselves.

This poor quality of spermatozoa not only yields male infertility but does not bode well for the progeny of such sperm which makes procedures such as in vitro fertilization of questionable value because the only protective factor that was tended to, thus far, lessens damage to progeny is the sperm race to the first sperm to get to the ovum and fertilize it.

The rest of this article is focused largely on how the genetically damaged sperm are damaged in their fertility and ability to win the race to the egg and fertilize it, and will include as illustrations other relevant medical problems and medical science related to aspartame and its congeners.

Just an aside - don't use sucralose or Splenda~~~~ it's a biochemical analog of DDT that isn't even legal to allow into the environment and could hardly be conceived to be any less damaging to fertility than aspartame.

Sugar - sucrose is the safest sweetener, and if you think you must have low calorie sweetener, saccharin or Stevia would be the safest although no calorie reduced sweeteners are truly safe because all non-nutritive sweeteners must be neuroexcitotoxins. They must stimulate and damage those specialized nerve cells in the tongue to report sugar in the food when none is there. Anything that so severely damages normal neurologic functioning really doesn't belong in your diet... "Just Like Sugar" is safe because it's made organically.

Now that aspartame has chemically hyper sensitized a large part of our population, even saccharin and Stevia can and do sometimes cause severe problems, so the only truly safe course is to stay away from all artificial sweeteners.

If something sounds "too good to be true," it not only is not true, but as in the case, NutraSweet, is a cover for very dangerous lies. "High tech" does not carry any guarantee whatsoever of safety, and the time has come that your health demands that you seek out organically grown, preservative-free and additive-free food to protect your body.

"Natural flavorings" on a food ingredient label merely means that it is not natural and they are not going to tell you what the name of the chemical or additive is! The end result is that dumb animals who cannot read labels have healthy sperm while "smart" human beings have rapidly declining sperm quality and their offspring are now experiencing childhood brain cancers and leukemia as well as testicular cancers in their youth (just to mention a few of the exemplary damages to the progeny of damaged sperm).