Biggest story at ASEAN was convergence of moves toward Asia integration, leaving Delhi out for now 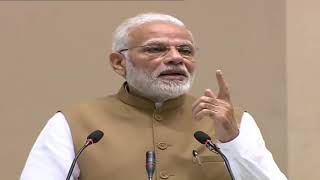 A pan-Asia high-speed train has left the station and India behind. The Regional Comprehensive Economic Partnership (RCEP), which would have been the largest free trade deal in the world, was not signed in Bangkok. It will probably be signed next year in Vietnam, assuming New Delhi goes beyond what ASEAN, with diplomatic finesse barely concealing frustration, described as "outstanding issues, which remain unresolved."

The partnership uniting 16 nations the ASEAN 10 plus China, Japan, South Korea, Australia, New Zealand and, in theory, India, would have congregated 3.56 billion people and 29% of world trade.

Predictably, it was billed as the big story among the slew of high-profile meetings linked to the 35th ASEAN summit in Thailand, as RCEP de facto further integrates Asian economies with China just as the Trump administration is engaged in a full spectrum battle against everything from the Belt and Road Initiative to Made in China 2025.

"It's the 15 nations that have decided to move forward first." And he added "there won't be any problem for the 15 nations to sign RCEP next year," when Vietnam takes over as the chair of ASEAN.

It's not hard to figure out where the "problem" lies.

Diplomats confirmed that New Delhi came up with a string of last-minute demands in Thailand, forcing many to work deep into the night with no success. Thailand's Commerce Minister, Jurin Laksanawisit, tried to put on a brave face:

"The negotiation last night was conclusive."

It was not. Malaysian Prime Minister Mahathir Mohammad whose facial expression in the family photo was priceless, as he shook hands with Aung San Suu Kyi on his left and nobody on his right had already given away the game.

ASEAN, that elaborate monument to punctilious protocol and face-saving, insists the few outstanding issues "will be resolved by February 2020," with the text of all 20 RCEP chapters complete "pending the resolution of one" member.

RCEP dwells across a large territory, covering trade in goods and services, investment, intellectual property and dispute resolution. The Indian "problem" is extremely complex. India in fact already has a free trade agreement with ASEAN.

Related Topic(s): ASEAN; Asia-pacific Economic Cooperation; China; Economic Growth; India Elections; Medvedev; Thailand, Add Tags
Add to My Group(s)
Go To Commenting
The views expressed herein are the sole responsibility of the author and do not necessarily reflect those of this website or its editors.