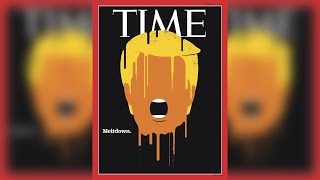 Admittedly this holiday week for the incremental update to the Trump Russia Timeline has been one giant wait while the Government remains shut down and Trump tries to bully and shame Democrats with disgusting accusations that they are somehow responsible for the death of two migrant kids who were in the custody of his CBP Officers.

"You talk about a tragedy," Fox News host Pete Hegseth opined. "There was the tragic death of two migrant children, which no one wants, everyone's willing to talk about, obviously they were in bad shape when they went into custody but you still do everything you can."

According to Hegseth, President Donald Trump took the issue "head on" with a tweet blaming "Democrats and their pathetic immigration policies" for the deaths of children.

"And neither did the Democrats," co-host Ed Henry added, pushing back on Trump's tweet.

"Well, they created policies that incentivize illegal immigration," Hegseth shot back. "Not saying they killed them! But the policies are dumb."

"Democrats are not the ones shouldering them being killed, let's be clear," Henry replied.

"I didn't say that," Hegseth complained.

"That's what the president said," Henry pointed out.

"It's their policies!" Hegseth said. "It's different than people."

It's not theirpolicies. It's the U.S. Constitution your having a problem with and the fact that it requires that Treaties Ratified by Congress actually become part of our Constitution, and in 1968 the U.S. Ratified the UN Convention on the Refugee in the aftermath of Jewish refugees fleeing Nazi Germany.

Related Topic(s): Immigrants; Mueller Investigation; Refugees; Trump Anger; Trump Border Wall; Trump Crime; Trump Cruelty; Trump Liar; Trump Threats; Trump Tweets, Add Tags
Add to My Group(s)
Go To Commenting
The views expressed herein are the sole responsibility of the author and do not necessarily reflect those of this website or its editors.