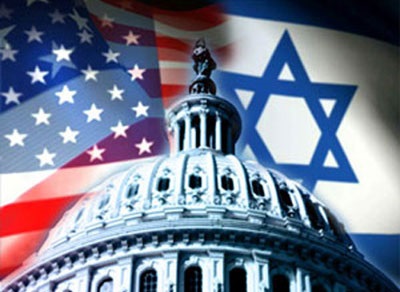 For decades it was all but taboo to suggest that pro-Israel lobbies in the United States like AIPAC used their money and influence to keep lawmakers firmly in check on Israel-related issues even if one had to be blind not to notice that that was exactly what they were up to.

When back in February Ilhan Omar pointed out the obvious that US Representatives like her were routinely expected to submit to the lobby's dictates on Israel, a foreign country, her colleagues clamoured to distance themselves from her, just as one might have expected were the pro-Israel lobby to wield the very power Omar claimed.

But surprisingly Omar did not at least immediately suffer the crushing fate of those who previously tried to raise this issue. Although she was pressured into apologising, she was not battered into complete submission for her honesty.

She received support on social media, as well as a wavering, muted defence from a Democratic grandee like Nancy Pelosi, and even a relatively sympathetic hearing from a few prominent figures in the US Jewish community.

The Benjamins do matter

Omar's comments have confronted and started to expose one of the most enduring absurdities in debates about US politics. Traditionally it has been treated as anti-semitic to argue that the pro-Israel lobby actually lobbies for its chosen cause exactly as other major lobbies do, from the financial services industries to the health and gun lobbies and that, as with other lobbies enjoying significant financial clout, it usually gets its way.

Omar found herself in the firing line in February when she noted that what mattered in US politics was "It's all about the Benjamins", an apparent reference to the 1997 Puff Daddy song of the same name later clarifying that AIPAC leverages funds over congressional and presidential candidates.

The claim that the pro-Israel lobby isn't really in the persuasion business can only be sustained on the preposterous basis that Israeli and US interests are so in tune that AIPAC and other organisations serve as little more than cheerleaders for the two countries' "unbreakable bond". Presumably on this view, the enormous sums of money raised are needed only to fund the celebrations.

Making the irrefutable observation that the pro-Israel lobby does actually lobby on Israel's behalf, and very successfully, is typically denounced as anti-semitism. Omar's comments were perceived as anti-semitic on the grounds that she pointed to the canard that Jews wield outsized influence using money to sway policymaking.

Allegations of anti-semitism against her deepened days later when she gave a talk in Washington DC and questioned why it was that she could talk about the influence of the National Rifle Association and Big Pharma but not the pro-Israel lobby or "the political influence in this country that says it is OK for people to push for allegiance to a foreign country".

That pro-Israel lobbyists as opposed to Jews generally do have dual loyalty seems a peculiar thing to deny, given that the purpose of groups like AIPAC is to rally support for Israel in Congress.

Casino billionaire Sheldon Adelson, a key backer of Republican candidates for the presidency, has never hidden his passion not only for Israel but specifically for the ultra-nationalist governments of Benjamin Netanyahu.

In fact, he is so committed to Netanyahu's survival that he spent nearly $200 million propping up an Israeli newspaper over its first seven years all so he could assist the prime minister of a foreign country.

Similarly, Haim Saban, one of the main donors to Democratic presidential candidates like Hillary Clinton, has made no secret of his commitment to Israel. He has said: "I'm a one-issue guy and my issue is Israel."

Might Saban and Adelson's "Benjamins" have influenced the very pro-Israel and very anti-Palestinian positions of Democratic and Republican presidential candidates? You would have to be supremely naÃ¯ve or dishonest to claim it has not.

This point really should be beyond doubt by now. This month the New York Times published an unprecedented essay in which author Nathan Thrall quoted political insiders and lobbyists making plain that, as one would expect, the pro-Israel lobby uses its money to pressure congressional candidates to toe the lobby's line on Israel.

Related Topic(s): Anti-semitism; Donors; Evangelical; Government; Israel; Israel And Palestine; Israel Lobby; Israel On The Potomac; Israel Runs Washington; Israel Spying; (more...) Israel Versus Iran; Israeli Interference In Politics; Israeli_Propaganda; Lobbyists AIPAC; Lobbyists Foreign; Money; Pro-israel; Prophecy, Add Tags  (less...)
Add to My Group(s)
Go To Commenting
The views expressed herein are the sole responsibility of the author and do not necessarily reflect those of this website or its editors.