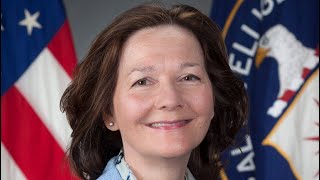 I had the great fortune of addressing a gathering of Greek parliamentarians last week in Athens and meeting members of the European Parliament to discuss national security whistleblowing. The European Union is in the final stages of drafting a new whistleblower protection law that would be the finest and most comprehensive legislation of its kind in the world. Our country could learn a lot from the Europeans.

At every free moment during the week that I was in Athens, with every single interlocutor, their questions for me were the same: How in the world could the U.S. government have a known torturer as director of the CIA? What is President Trump thinking? Do we fully understand the message that the Haspel nomination sends to the rest of the world? That the president of the United States would name Gina Haspel as CIA director was utterly incomprehensible to the Europeans. I couldn't disagree with them.

One Greek parliamentarian from the progressive ruling Syriza party told me that he has a certain respect for Donald Trump because Trump's pledge to "drain the swamp" resonated in Greece, where corruption has been endemic for generations and where, until 2014, governance passed back and forth between the corrupt conservatives and the equally corrupt socialists. Indeed, Greek prime minister Alexis Tsipras, a Euro-Communist, was one of the first foreign leaders to visit Trump in the White House.

But what the Greeks (and the Germans, the Italians, the Belgians, and others) just cannot get past is that Trump has named Gina Haspel as CIA director. Haspel, as you know, was instrumental in the implementation of the CIA's torture program and was responsible for destroying video tapes of the torture at the insistence of her patron, the notorious former CIA Deputy Director for Operations Jose Rodriguez.

(In the interest of transparency, I must tell you that I know Gina Haspel and Jose Rodriguez personally. I don't like them and they don't like me. Indeed, after my conviction for blowing the whistle on the CIA's torture program, and three or four days before I left for prison, Rodriguez tweeted at me. "Don't drop the soap," he said, showing the kindness, elegance, and class for which he was known in the Agency. I responded, "Jose, I'm on the right side of history and you are not." That pretty much has defined our relationship over the long term.)

Getting back to the Europeans, many of them have dealt with ugly periods in their contemporary history, where their own citizens were victims of torture. The U.S. supported a brutal military dictatorship in Greece between 1967 and 1974 that was responsible for the murders of hundreds of innocent civilians, the injuries of thousands, and the imprisonment of even more. Torture, sometimes to death, was a common occurrence during the junta. The Greeks haven't forgotten.

The Germans are so ashamed of their Nazi past that even advocating anti-Semitism or anti-immigrant policies is a crime in that country. The federal prosecutor in Germany is so appalled by the Haspel nomination that he has discussed filing charges against her so that, in the event she travels to Germany (or any other European Union country), she can be arrested and prosecuted for crimes against humanity.

Almost all other EU countries have expressed similar or identical sentiments.

That leads us to Capitol Hill. Haspel's confirmation hearings are set to begin in an open session of the Senate Select Committee on Intelligence on May 9. We are likely in for the closest confirmation vote in the history of the CIA. And it's clear that Haspel can be defeated.

Haspel needs 50 votes in the Senate, where the Republicans have 52 seats, to become CIA director. If she gets 51 votes, she wins. If it's 50-50 and Vice President Pence casts the tie-breaking vote, she wins. But it's a little more complicated than that. Senator Rand Paul (R-Ken.) has already said that he will vote against Haspel and will filibuster the nomination. Taken alone, that's not enough to block her. Democrats also must join the filibuster, and none have yet done so. Furthermore, Senate Minority Leader Chuck Schumer (D-NY) said that he would not "whip" votes on Haspel, meaning that all Democrats are free to vote any way they want. Schumer will do nothing to block her. But Senator John McCain (R-Ariz.) is vocally opposed to torture. He could vote "no" or he could miss the vote because he's currently being treated in Arizona for brain cancer.

With that said, many Democrats are lining up to vote "no." As soon as Haspel's nomination was announced, Democrats Elizabeth Warren and Bernie Sanders indicated that they would oppose her. Good start. More importantly, Senators Dianne Feinstein (D-Calif.), Ron Wyden (D-Ore.) and Martin Heinrich (D-NM), all members of the Intelligence Committee, released a statement saying that they had asked the CIA five times for additional information on Haspel's background and had been ignored. In the meantime, the CIA released its own "background information" on Haspel, saying that she enjoys movies, hockey, long walks on the beach ... You get the idea. I was surprised that they didn't add that her pet peeves were "negative people" and other such nonsense.

The Democrats are beginning to fall in line, whether Chuck Schumer wants them to or not. The rumor in the press, though, is that the Republicans could pick up the Democratic votes they need to get Haspel approved. Democratic senators running for reelection in states that Trump won in the general election are panicked and, to make themselves more palatable to Republicans in their home states, are considering voting "yes." Those include Heidi Heitkamp (D-N. Dak.), John Tester (D-Mont.), Joe Manchin (D-W. Va.), and Claire McCaskill (D-Mo.).

I've said this before and I'll say it again. We can win this thing. We can take a real stand against torture by demanding that our elected officials vote "no" on Gina Haspel. Email or write to your senator right now. Or better yet, call your senator at 202-224-3121. I spent years on Capitol Hill, and I can tell you that senators really do care what their constituents think. They really do respond to the will of the people.

Related Topic(s): CIA; Gina Haspel; Nomination; Senate; Torture; World Issues, Add Tags
Add to My Group(s)
Go To Commenting
The views expressed herein are the sole responsibility of the author and do not necessarily reflect those of this website or its editors.