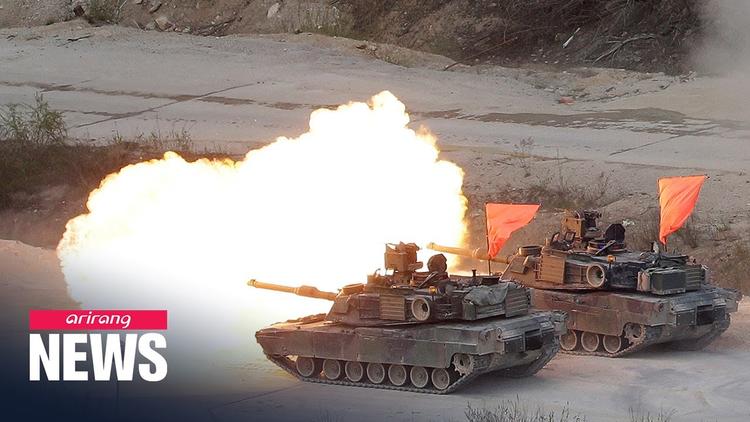 US fighter jets bombed bases of the Kata'ib Hizbullah ("Brigades of the Party of God") militia in Iraq on Thursday in retaliation for a deadly attack on US troops that left two dead and killed a British soldier as well. Secretary of Defense Mark Esper said that Trump had greenlighted the action, which he called a "proportional" response. One of the bases the US bombed was at Jurf Sakhr in Babel Province.

The Shiite militias are local heroes at Jurf Sakhr for having defeated genocidal ISIL fighters there in 2014.

The US also struck at bases in the north, where Kata'ib Hizbullah is still fighting ISIL remnants.

Some 26 Shiite militiamen were reported killed. The Iraqi parliament made these militias a national guard and recognized them as part of the Iraqi armed forces, so that the US is technically bombing elements of the Iraqi military.

Karim Alawi, the spokesman in the Iraqi parliament for the Fath bloc of Shiite party-militias of the Popular Mobilization Forces, condemned Trump's airstrikes as seeking a pretext for the US to turn Iraq into a base from which to attack its neighbors (he meant Iran). Alawi said that "all the divisions" in Iraqi politics are sown by the US embassy in Baghdad to allow Washington to divide and rule. Alawi was blaming the youth protest movement that brought down the government of Adel Abdulhmahdi on the United States, seeing it as a bought crowd. This allegation is untrue.

The Nujaba' (Party of God's Chosen) Shiite militia accused any Iraqi who did not absolutely celebrate the attack on al-Taji base of being a foreign agent.

On Wednesday, katyusha rockets were fired at al-Taji Base north of Baghdad, killing three and wounding 14 other members of the Coalition forces. These troops are in Iraq to train the Iraqi Army and to help mop up the remnants of ISIL, the terrorist state that at one point gobbled up 40 percent of Iraqi territory.

The attacks were likely by Kata'ib Hizbullah elements seeking revenge for Trump's January 3 assassination of their leader, Abu Mahdi al-Muhandis, along with Iranian general Qasem Soleimani, at Baghdad International Airport. Although Trump blamed them for rocket attacks on a base in the far north, at Kirkuk, the Iraqi military says that these attacks were likely actually by ISIL.

Trump's rush to judgment, petulance, and obsession with macho posturing led to his killing the wrong people, and setting off a feud with an important part of the Iraqi military among whom the US troops are embedded. The Iraqi parliament voted to require the prime minister to expel US troops from Iraq, but Trump refuses to leave.

Meanwhile, the Iraqi militias warned that if the Iraqi government did not act to make the US military leave, they would take matters into their own hands.

The Trump administration is now more or less forcibly occupying Iraq against the will of its elected representatives, and is waging a low intensity war on a section of the Iraqi military with which the US is supposed to be allied.

Related Topic(s): Assassination; Bombing; Isil; Military; Shiite; Soleimani; Trump And Iraq; Trump Liar, Add Tags
Add to My Group(s)
Go To Commenting
The views expressed herein are the sole responsibility of the author and do not necessarily reflect those of this website or its editors.