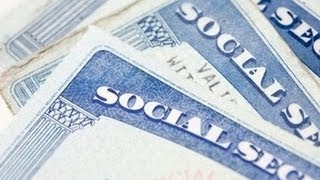 Attacks on Social Security are coming thick and fast. It's time for Americans of all ages who aren't independently wealthy and don't need to worry about a serious, career halting disability or surviving in old age to rally and fight back.

The latest attack is the Trump Administration's so-called "Eagle" plan, appropriately named for the national bird that Benjamin Franklin rightly objected to because of its known proclivity for stealing captured fish from the smaller Osprey and other competitors. (Franklin preferred the wild turkey, a wily and beautiful creature, for the role.)

The "Eagle" plan for allegedly aiding struggling workers during this epic recession or depression that we are plunging headlong into would, instead of just handing money to unemployed workers, allow them even encourage them to borrow from their own retirement pension, their future Social Security benefit.

Desperate unemployed workers could, under this devious scheme, take an advance of up to $10,000 on future benefits they would otherwise start receiving once they reach 62, or whatever age they decided to start collecting benefits (hopefully age 70 when they are at their maximum amount!). The downside is that they would then be delayed in getting those earned benefits until the benefits they would forgo repaid the $10,000 they had borrowed during this crisis.

The problem is that the people most likely to take advantage of this "offer" would be those at the lowest income level people who have no savings to fall back on and will be desperate for assistance. And this are the same people who are most likely to start collecting their Social Security benefits at age 62, when the average benefit check collected is about $1000 a month.

What those people will find, when they try to file for those benefits on reaching that age is that they'll have to wait 10 months almost a year until the US Treasury has recouped that $10,000 that they borrowed earlier. And that's assuming that the Republican vultures in Congress, in passing this "Eagle" ripoff, don't include interest or inflation in calculating the repayment due. (It's hard to imagine that these suck-ups to Wall Street banking interests would want to be offering the working poor an interest-free advance of $10,000 for years!).

So what we have is a Trump administration proposal to force workers themselves to pay for their own recession financial rescue, while Congress and the Federal Reserve shovel trillions of dollars worth of bailout funds to banks, airlines, cruise ships, oil companies, arms makers and other "critical" industries, so the fat and filthy rich don't need to see their coupons get clipped.

But that's only the start. Trump also wants to cancel the payroll tax called FICA and not just for employees but for employers, for a year. That would significantly damage the Social Security system"

Related Topic(s): Joe Biden Lies; Republican GOP Dirty Tricks; Retirement; Social Structure, Add Tags
Add to My Group(s)
Go To Commenting
The views expressed herein are the sole responsibility of the author and do not necessarily reflect those of this website or its editors.