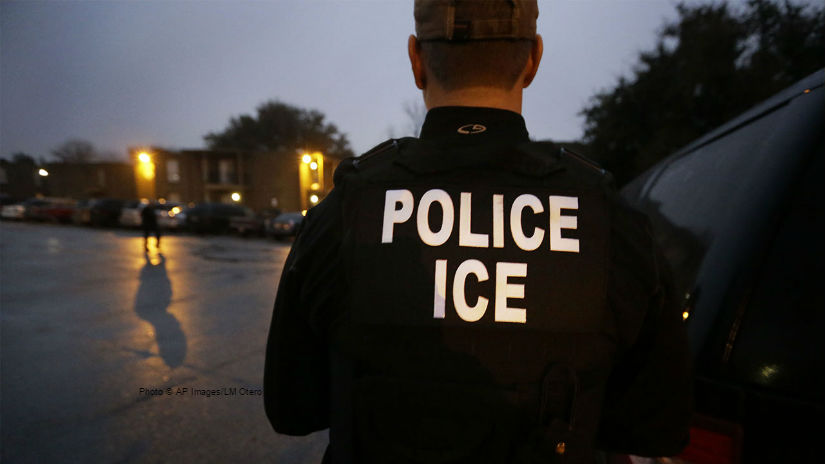 ICE
(Image by The Gad About Town)   Details   DMCA

Then in a classic reality show-style bait and switch to appear bi-partisan, he abruptly canceled them, claiming:

"At the request of Democrats, I have delayed the Illegal Immigration Removal Process (Deportation) for two weeks to see if the Democrats and Republicans can get together and work out a solution to the Asylum and Loophole problems at the Southern Border. If not, Deportations start!"

The House of Representatives then passed 305-102 the Senate's less restrictive version of an emergency humanitarian aid bill some criticize House Speaker Nancy Pelosi for capitulating to the GOP.

Despite compromise, however, the Trump administration is supposedly again planning this weekend to round up 2,000 people in homes and workplaces in Atlanta, Baltimore, Chicago, Denver, Houston, Los Angeles, Miami, New York, and San Francisco.

(Incidentally, these are all cities Hillary Clinton won in 2016. Coincidence?)

Even if you may not fear being targeted, we likely know some who are, and we should all know our rights.

First, ICE agents have been knocking on people's doors and pulling over drivers, claiming to be serving administrative warrants.

Contrary to assumption, administrative warrants do not give ICE agents authority to apprehend suspected offenders.

A judicial warrant does, though.

"ICE only has permission to enter an individual's home if they have a judicial warrant that is signed by a judge. And not only that, but that judicial warrant has to have all of the information, including the person's name, the person's address, the time of the incident. All of that has to be accurate. So, I can say, and our attorneys know this very well, that it is very rare that ICE is actually able to obtain a judicial arrest warrant. Most of the time they do not have that, meaning they do not have permission to enter people's homes."

So if ICE comes knocking with a supposed warrant, what should people do?

"We tell our community members that if ICE knocks on the door, no matter how aggressively, no matter what they say to peopleand we do know that this is a very deceptive agency, that pretends to be police, that doesn't answer questionswe tell our community members that no matter what ICE does, don't open the door, because the only way that they could get in is with that judicial arrest warrant. And if they give you any sort of administrative warrant or any other kind of document, you have to review it to make sure that it's a judicial warrant signed by a judge."

Related Topic(s): Agents; Deportation; Police; Republican; Rights; Trump; Undocumented, Add Tags
Add to My Group(s)
Go To Commenting
The views expressed herein are the sole responsibility of the author and do not necessarily reflect those of this website or its editors.