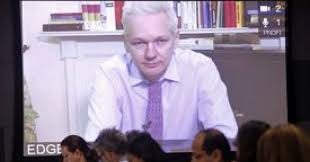 There is no other way to say it: it was a political assassination.

Osama bin Laden was unarmed. SEALs captured him alive. Following brazenly illegal orders from Washington, they executed him. "The [Obama] administration had made clear to the military's clandestine Joint Special Operations Command that it wanted bin Laden dead," The Atlantic reported on May 4, 2011.

State-controlled media outlets like The Atlantic claimed that Obama was desperate to avoid a trial that would give the Al Qaeda leader a "high-profile platform for spreading his extremist views." Left unsaid, as so much is in the American steno-journalism reminiscent of the Soviet Union, was a more pressing reason to silence the Saudi scion.

As much as the families of 9/11 victims craved justice, it was infinitely more important to the U.S. political establishment to deny bin Laden an opportunity to publicly expound on his ties to the CIA and the CIA-funded Pakistani intelligence agency ISI when they were training and funding the "Afghan Arabs" who fought Soviet occupation forces in Afghanistan during the 1980s. Letting people learn that 9/11 would likely never have happened if not for the CIA would have been...awkward.

Such is the fate of enemies of the state.

Last week, not so much an enemy but a man whose existence had become inconvenient, not exactly to the state but certainly to a cabal of powerful men including a former president as well as the sitting one, joined bin Laden in the kingdom of the dead.

The official narrative of billionaire accused pedophile Jeffrey Epstein's death shifted faster than a New York subway rider when a homeless guy plops down next to them on a hot day. First they said Epstein had been on suicide watch, then that he hadn't. Prisons are full of cameras yet there's still no video of Epstein's death. Then, suicide watch or not, they claimed he'd been checked on every 30 minutes. Then more like every three hours. The medical examiner said his injuries were consistent with strangulation by a second person but then thought better of it and ruled Epstein's convenient demise a suicide.

I tweeted the morning of Epstein's passing: "Bill Clinton is the happiest man in America today." Clinton flew on Epstein's infamous "Lolita Express" private jet at least six times, including to such sex-tourism destinations as Thailand and Hong Kong. Perhaps he refrained from partaking of the under-aged prostitutes and rape victims Epstein stands accused of procuring for his traveling companions. Whatever happened or didn't, the Epstein-Clinton connection is sketchy as hell.

As is Epstein's suicide -- the first at the Manhattan Correctional Facility since 1998.

At this writing it seems unlikely that we'll ever know who killed Epstein, whether it be himself or someone else. What we do know is that, if we take the government at its word, it was incompetent and negligent to an unfathomable extent. Being insanely stupid and lazy is its defense.

Now we're descending into the usual idiotic post-death-of-a-pain-in-the-ass debate between credulists (those who believe anything the government and its pet media say) and conspiracy theorists. Truth: no one knows anything. We weren't there. The video was -- but they deep-sixed that.

We don't know how Epstein bit it but the fact of Epstein's death tells us everything we need to know about America today. No matter what, Epstein died because the government let it happen. He was a ward of the state, the highest of high-profile prisoners, a man whose trial stood to expose extreme wrongdoing at the expense of numerous horribly violated victims, yet no one in charge took steps to make certain that he appeared at every hearing happy, healthy and alive.

The powers that be's carelessness de minimis reflects their confidence that they shall never, ever, be held accountable for anything whatsoever.

So another man vanishes, few questions asked with many left unanswered -- intentionally.

Related Topic(s): America; Julian Assange; Truth Is Enemy Of The State, Add Tags
Add to My Group(s)
Go To Commenting
The views expressed herein are the sole responsibility of the author and do not necessarily reflect those of this website or its editors.