Democratic presidential candidate Joe Biden's selection of California Senator Kamala Harris as his vice-presidential running mate for the November election makes her the first Black woman and the first Indian American on a major party presidential ticket. "It's hard to overstate how historic, how monumental this is," says Aimee Allison, president of She the People, which works to elevate the political voice and leadership of women of color. But in the midst of the largest protest movement in American history against racist policing, Briahna Joy Gray, the former national press secretary for the Bernie Sanders presidential campaign, says "there's a great deal of frustration" with Harris, who is "known for being the top cop from California." 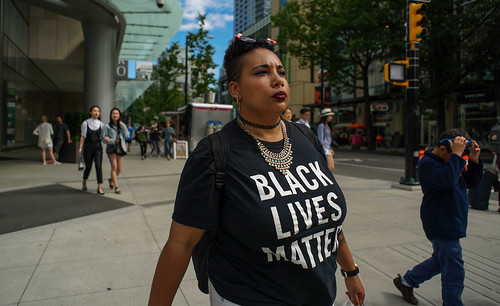 AMY GOODMAN: We're beginning with the top news here in this country. Joe Biden has selected Senator Kamala Harris of California to be his vice-presidential running mate, making her the first Black woman and the first Indian American to be on a major party presidential ticket. Kamala Harris is the daughter of immigrants, her father from Jamaica, her mother from India. Biden and Harris are scheduled to make their first appearance today in Wilmington, Delaware. Harris will officially accept her nomination next Wednesday during the Democratic National Convention. In a tweet, Biden described Harris as a, quote, "fearless fighter for the little guy, and one of the country's finest public servants." Kamala Harris had endorsed Biden in March after challenging him for the nomination.

SEN. KAMALA HARRIS: I really believe in him, and I have known him for a long time. One of the things that we need right now is we need a leader who really does care about the people and who can therefore unify the people. And I believe Joe can do that.

AMY GOODMAN: Joe Biden picked Kamala Harris even though the two sparred on the campaign trail. In the first Democratic debate last year, Harris criticized Biden over his comments about working with segregationists in the Senate and for his opposition to Delaware's attempts to bus students in an effort to integrate its schools in the 1970s.

SEN. KAMALA HARRIS: I'm going to now direct this at Vice President Biden. I do not believe you are a racist, and I agree with you when you commit yourself to the importance of finding common ground. But I also believe and it's personal. I was actually very -- it was hurtful to hear you talk about the reputations of two United States senators who built their reputations and career on the segregation of race in this country. And it was not only that, but you also worked with them to oppose busing. And, you know, there was a little girl in California who was part of the second class to integrate her public schools, and she was bussed to school every day. And that little girl was me.

AMY GOODMAN: Kamala Harris has served in the Senate since 2017. She previously served as California's attorney general for six years and, before that, as district attorney of San Francisco for seven years. She's a graduate of Howard University, the historically Black college. While Harris has been credited with pushing criminal justice reform in the Senate, she has been criticized for her record as a prosecutor in California by progressives, in part for her reluctance to prosecute police brutality cases. She once called herself California's "top cop," and wrote in 2009, quote, "If we take a show of hands of those who would like to see more police officers on the street, mine would shoot up."

Former presidential candidate Bernie Sanders also praised Harris, tweeting, "She understands what it takes to stand up for working people, fight for health care for all, and take down the most corrupt administration in history."

Democracy Now!  is a national, daily, independent, award-winning news program hosted by journalists Amy Goodman and Juan Gonzalez. Pioneering the largest public media collaboration in the U.S., Democracy Now! is broadcast on (more...)
Related Topic(s): 2020; Healthcare; Immigrants; Joe Biden; Kamala Harris; Police; Protest; Racism; Women, Add Tags
Add to My Group(s)
Go To Commenting
The views expressed herein are the sole responsibility of the author and do not necessarily reflect those of this website or its editors.