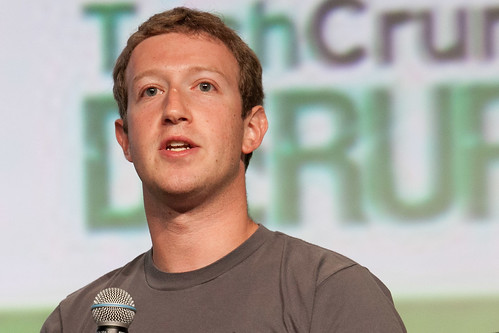 As Zuckerberg heads into congressional hearings spurred by revelations that a GOP-connected political consulting firm, Cambridge Analytica, stole personal data from 87 million users in 2014 before working for 2016 Republican presidential candidates, Facebook has done something that will make members of Congress take notice: It has taken more steps to curb abusive campaign advertising and to protect user privacy than anything Congress has done in years.

On the political advertising front, Facebook announced last Friday that it was not going to post any ad from anyone who would not identify themselves, say where they're located, and it would also post links showing all of that political advertisers' messaging. On the privacy front, Facebook also announced it would globally adopt forthcoming European Union rules, which return control over that online personal data to users from advertisers, including campaigns.

Both of these steps have been overlooked in the loud media narrative of how "No One Trusts Facebook" anymore, as a New York Times report put it Monday; one of many accounts where Facebook users lamented the lack of privacy surrounding their personal information. However, what Facebook is doing in the political world is going to be very significant -- if it holds.

Facebook is a must-use platform for campaigns. Part of the upset over the Cambridge Analytica scandal was the extent to which tens of millions of voters were targeted by propaganda based on their Facebook profiles. (The same targeting occurred on other platforms, like Google's YouTube.) The House Energy and Commerce Committee Monday published a copy of Zuckerberg's prepared testimony, where he estimated "approximately 126-million people may have been served content from a Facebook Page associated with the IRA [Internet Research Agency, a Russian government front] at some point during that period [the 2016 election]. On [Facebook-owned] Instagram, where our data on reach is not as complete, we found about 120,000 pieces of content, and estimate an additional 20 million people were likely served it."

Placed in context, those are remarkable figures. IRA's messaging reached more Americans in 2016 via Facebook than the total number of people who voted for president, which was 139 million. Thus, for Facebook to identify and verify who is behind political messages on its must-use platform is doing what Congress has not done for a long time: shine a light on partisan operatives.

If anything, many candidates and the political consulting industry have gone in the opposite direction. The Senate Majority Leader, Republican Mitch McConnell, followed by the likes of super-operatives like Karl Rove and super-funders like the Koch brothers, have mainstreamed what's called "dark money" in politics. That's where the identities of those buying political ads stay hidden, in contrast to attacks that have only become more vitriolic. The Democrats are no saints on this front either. They have adopted their opponents tactics in the equivalent of a partisan arms race -- where everyone copies everyone else and no one disarms.

Meanwhile, as campaigns have gotten meaner and less truthful, the federal regulatory landscape has become increasingly toothless. This goes beyond the Supreme Court's campaign finance rulings to vacant federal regulatory seats, which, together, have created a catalog of loopholes favoring big money and secretive donors. Stepping into this mix now is Facebook, a private company, whose corporate-created user and advertising rules don't have to pass the same courtroom tests as federal legislation.

In short, Zuckerberg wants out of the dirty business of anonymous smears and propaganda. Under the heading of "strengthening our advertising policies," his remarks said, "We know some members of Congress are exploring ways to increase transparency around political or issue advertising, and we're happy to keep working with Congress on that. But we aren't waiting for legislation to act."

To Republicans like McConnell, those likely will be fighting words. In the 1990s, McConnell was known for opposing all campaign rules except one: disclosing one's name next to the message sent. Of course, he has long abandoned that stand. What has resulted since are all kinds of front groups throw partisan mud, while efforts to identify who is behind the latest smears often hit brick walls.

But Zuckerberg said that dirty dynamic not going to happen on Facebook anymore, if he can help it.

"From now on, every advertiser who wants to run political or issue ads will need to be authorized. To get authorized, advertisers will need to confirm their identity and location," he said. "Any advertiser who doesn't pass will be prohibited from running political or issue ads. We will also label them and advertisers will have to show you who paid for them. We're starting this in the U.S. and expanding to the rest of the world in the coming months."

Then Zuckerberg said Facebook would go further: it would name those holding the biggest partisan megaphones.

Steven Rosenfeld  covers democracy issues for AlterNet. He is a longtime print and broadcast journalist and has reported for National Public Radio, Monitor Radio, Marketplace,  TomPaine.com  and many newspapers. (more...)
Related Topic(s): Congressional Committees; Facebook; Facebook And American Politics; Hearings; Mark Zuckerberg, Add Tags
Add to My Group(s)
Go To Commenting
The views expressed herein are the sole responsibility of the author and do not necessarily reflect those of this website or its editors.