Click Here to Remove All Ads
Originally posted at PopularResistance.org
watch the full show here: https://www.youtube.com/watch?v=DNRoP9Hs0tU
Eleanor Goldfield is a creative activist and writer based in Los Angeles. She works with organizations to create digital content as well as live events to combine pop culture and politics - art killing apathy; her political hard rock band Rooftop Revolutionaries being a primary example of this. As a writer, she writes for several political publications on our corporatocratic government and all the issues stemming from that. 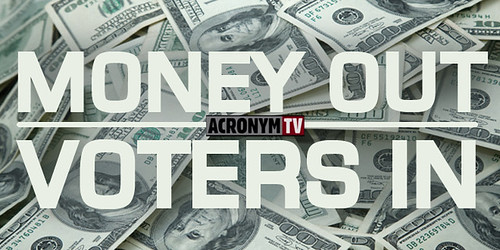 Dennis Trainor, Jr. is the creator and host of Acronym TV and the writer, director and producer of the documentary American Autumn: an Occudoc.
Related Topic(s): Apathy; Citizens; Elections; Events; Issues; Money; Tags; Work, Add Tags
Add to My Group(s)
Go To Commenting
The views expressed herein are the sole responsibility of the author and do not necessarily reflect those of this website or its editors.