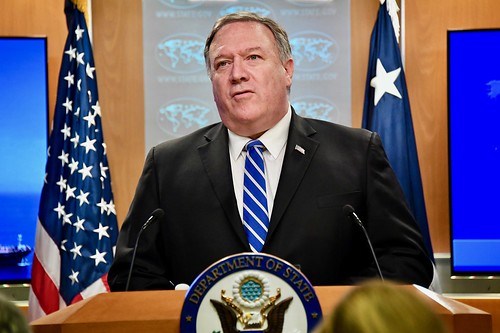 A new cease-fire aimed at stopping the fighting over Nagorno-Karabakh appears to be in jeopardy with Armenian forces and Azerbaijan accusing each other of renewed shelling, according to Radio Free Europe.

On Monday, officials in Nagorno-Karabakh said Azerbaijani forces were shelling their positions in northern and southern areas of the Line Of Contact that divides them.

The Azerbaijani Defense Ministry said Armenian forces had shelled its positions in the Goranboy, Tartar, and Agdam regions of Azerbaijan overnight and the Agcabadi region was being shelled on the morning of October 19.

President Ilham Aliyev said that Azerbaijani forces had taken control over 13 villages in the Cabrayil region near the Iranian border. The previous day he announced the capture of the 11th-century Khudaferin bridge over the Aras River between Azerbaijan and Iran.

Internationally recognized as part of mainly Muslim Azerbaijan, the mountainous Nagorno-Karabakh territory has been controlled by mainly Christian ethnic Armenians, backed by Yerevan, since the 1994 halt in fighting, Radio Free Europe pointed out

On October 18, Armenia and Azerbaijan posted identical statements on their respective Foreign Ministry websites when they agreed on the new cease-fire.

The statements said the decision was made following statements earlier this month from the presidents of France, Russia, and the United States, representing the co-chair countries of the Minsk Group of the Organization for Security and Cooperation in Europe (OSCE).

The Minsk Group is a diplomatic initiative aimed at trying to resolve the conflict, which dates to 1988 in the waning days of the Soviet Union.

The US will host the Azerbaijani and Armenian foreign ministers later this week amid raging conflict over a breakaway region, the Politico reported Monday.

On Friday, Secretary of State Mike Pompeo will first meet with Jeyhun Bayramov, Baku's top diplomat, before also sitting down with Armenian Foreign Minister Zohrab Mnatsakanyan, according to documents reviewed by the Politico news website.

It is unclear if a trilateral meeting is also being planned. Elin Suleymanov, Azerbaijan's ambassador to the US, did not rule out a potential three-way meeting when asked by Politico. "We want a substantive conversation," he said.

Author and journalist. Author of Islamic Pakistan: Illusions & Reality; Islam in the Post-Cold War Era; Islam & Modernism; Islam & Muslims in the Post-9/11 America. Currently working as free lance journalist. Executive Editor of American (more...)
Related Topic(s): Armenia; Azerbaijan; Ceasefire; Nagorno-karabakh; Politico, Add Tags
Add to My Group(s)
Go To Commenting
The views expressed herein are the sole responsibility of the author and do not necessarily reflect those of this website or its editors.