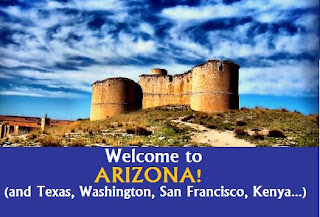 You'd think that George Bush's taste for war would have slated any hawk's thirsty aggression, but it seems that our American species of hawk is never really satisfied. We gave them Iraq and Afghanistan to drink from, but besides an enormous bloodlust, hawkish Right-wingers have a kind of ADD that affects their leaders and journalists: "Wars? What Wars?" When's the last time you saw FOX News carry anything substantial about the Middle East NOT involving Israel or Iran?

Come to think of it, have you ever known a rabid Right-winger who was not a hawk? Maybe it's in the genes: close-minded aggression seems to ooze from their pores. They were meant to bark orders as well as take them. Maybe it's in their traditions (check out the elite all male Hampden-Sydney College to get a taste of the mawkish-but-hawkish preppy life that has managed to survive).

Arizona Do Or Die 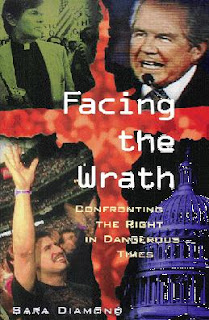 Today's most fertile ground for aggression is, obviously, the southwestern state of Arizona. And the war zone's headlines for today were truly chilling: it's new "papers or else" law is old news. Now it has gone as far as banning ethnic studies and firing teachers who have heavy accents. And the Southern Poverty Law Center has discovered that the lawyer who drafted Arizona's new racial profiling law is himself part of an anti-immigration hate group. The group is, ironically, called FAIR (Federation for American Immigration Reform), but has nothing to do with fairness: some of its employees are registered members of the Pioneer Fund and various other white supremicist groups. The lawyer, Dan Stein, went head-to-head with Rachel Maddow, so it wasn't really a "fair" battle, and he came out looking very angry and on the "you're just trying to smear us" defensive. Maddow's determination to get to what FAIR was founded upon is truly is awesome. Watch it below.

Say what you will about the Right's "war fever, " it's systemic in some states. One year ago, Governor Rick Perry said this:

We've got a great union. There's absolutely no reason to dissolve it. But if Washington continues to thumb their nose at the American people, who knows what may come of that? But Texas is a very unique place, and a pretty independent lot to boot.

But today's Texas-line-of-reasoning from the website, Texas Secede! is more cautious (but nonetheless sinister):

Right now, unlike any other time in US history, a nullification movement has taken hold -- and is growing -- in most of the US states, including Texas. This means there is a strong, public-centered, and legally-informed opposition to the bloated despotism reigning in Washington, and a growing intent to invoke the Consitution itself to tell both the White House and Congress that their "federal laws" are null and void wherever they cross the line drawn by the Tenth Amendment.

A Rasmussen Reports poll found that 48% of Republicans in Texas favored secession. Polls of the nullification movement should prove to be even more enlightening.