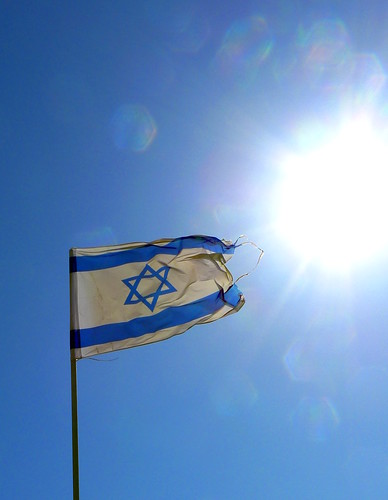 Part I -- A Lack of Originality

One thing that characterizes dogmatists is a lack of originality. You buy into the dogma and that's it. Your worldview is complete -- and so are your rationalizations, defensive pronouncements and complaints.

I have been an opponent of the Zionist dogma for almost 50 years (wow!) because it (1) denies Palestinians their civil and communal rights; (2) corrupts many Jews with a siren song of racially based nationalism; (3) undermines the concepts of international law and human rights and (4) seduces the U.S. government into supporting Zionist ethnic nationalist ambitions.

During the last 20 years I have noticed that the arguments used by the Zionists to defend their policies and practices have been quite consistent. This can't be because they are convincing, since they are clearly losing the battle for public opinion. It may be that being a dogmatist simply robs you of any originality and flexibility.

Recently I was again struck by this consistency when I read a brief piece published on 12 December 2018 in the New York Times (NYT) by David Harris, chief executive officer of American Jewish Committee. The piece, entitled "Why Anti-Zionism Is Malign" ("malign" here meaning malevolent) was written in reaction to an earlier (7 December 2018) NYT editorial column by Michelle Goldberg entitled "Anti-Zionism Is Not Anti-Semitism."

The Harris piece lays out some of the basic Zionist arguments in defense of Israel and their complaints about opposition positions. That being so, I thought it presented a good opportunity to briefly run through these points and, not for the first time or the last, debunk each in turn. So here goes.

Argument One: Anti-Zionists are really anti-Semites.

For anyone with an accurate historical view of anti-Zionism and an accurate definition of historical anti-Semitism, Harris's assertion is hard to understand. From the historical perspective it is comparing apples and oranges. The only way to merge the two is by realigning reality.

Zionism is a political dogma that insists on an exclusively Jewish state in Palestine. It operates like a political party line. Anti-Semitism is the age-old prejudice against Jews as Jews. The way the Zionists attempt to realign the world so that the two different concepts merge is by making the false claim that the State of Israel represents every Jew on the planet. If you buy into that claim, it seems to follow that anyone who is critical of Israel must also be critical of Jews per se.

In her December 7 column Michelle Goldberg called this proposition into question when she noted that "There's a long history of Jewish anti-Zionism or non-Zionism, both secular and religious," and this testifies to the fact that "it's entirely possible to oppose Jewish ethno-nationalism without being a bigot." Harris and his "committee" claimed to be "outraged" by this fact-based claim.

And what are we to make of the following point, also noted by Ms. Goldberg? If many Jews do not support Zionism or Israel, there are a number of anti-Semites who do. And Israeli Prime Minister Benjamin Netanyahu is courting them as potential allies.The case may be that to take up the cause of ethnic nationalism you have to be a bigot.

Argument Two: "To deny the Jewish people, of all the peoples on earth, the right to self-determination surely is discriminatory."

One big problem here: many anti-Zionists do not actually deny Jews of the "right of self-determination." What they really stipulate is that the Jews (or any other people) should not realize self-determination through racist policies, that in this case, deny another people (the Palestinians) of self-determination.This is one of the Zionists' moral blindspots -- the inability to see, or care about, the real consequences of their actions and ends. The use of the phrase "of all peoples on earth" implies a sense of exceptionalism that (as in so many other cases past and present) excuses all manner of crimes through the process of special pleading.

Related Topic(s): Anti-semitism; Demonization; Israel; Jewish; Palestinian; Zionists, Add Tags
Add to My Group(s)
Go To Commenting
The views expressed herein are the sole responsibility of the author and do not necessarily reflect those of this website or its editors.