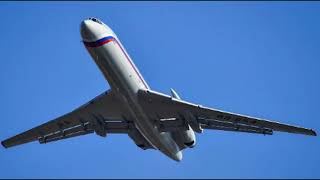 The Zionist Neoconservatives who run US foreign policy are now herding the US out of the remaining arms limitations agreements. It appears that Washington intends to withdraw from the Open Skies agreement with Russia.

The Open Skies Treaty allowed the US and Russia to overfly each other's territory in order that there could be mutual assurance that one country or the other wasn't building up forces for attack. If Washington withdraws from the treaty, which seems in the cards, tensions and uncertainties between the two major nuclear powers will increase. In no way is this a good thing.

On top of this, Washington is currently raising tensions in the Black Sea, arming Ukraine, Georgia, and Romania, countries that border the Black Sea along with Russia, Turkey, and Bulgaria. The US and its NATO puppets are conducting military exercises in this internal sea that hosts Russia's Crimean naval base. The Black Sea is Russia's exit to the Mediterranean Sea. The Zionist neocon warmongers would love to cut off Russia's access to the Mediterranean and, thereby, Russia's naval base in Syria. This would make it easier for the Zionist neoconservatives to overthrow Syria for Israel.

This is irresponsible provocation on the part of Washington. A buildup of forces in such a small area carries all kinds of risks. It would be easy for a CIA black ops to provoke one of the Ukrainian nazis or one of the Georgian fools or one of the bought-and-paid for Romanian vassals to provoke an incident.

Indeed, the purpose of the US buildup of forces is to provoke incidents that can be blamed on Russia in order to create more fear and loathing in the West in order to keep feeding the military/security budget.

Russia, a country in which the military/security complex, to the extent that it exists, does not run the country, has difficulty comprehending what it is facing. Wanting no conflict, the Russian responses, as I have often emphasized, are passive, and thus provoke more irresponsible moves by Washington.

As there is no doubt that the buildup of US and vassal state military forces in Russia's neighborhood is very dangerous and gives every opportunity to the CIA to create incidents that can be used for anti-Russian propaganda, and as it is very easy for such incidents to have unintended consequences and to get out of control, anything that can be done to stop the buildup of Western forces in the Black Sea and in Romania, Ukraine, and Georgia, is an act of peace. Russia needs to understand that sometimes peace is protected by a more aggressive, instead of passive, response.

It would be a highly responsible decision for the Russian government to prevent the dangers that Washington is creating by taking a lesson from Ancient Rome.

Rome declared a much larger sea, the Mediterranean Sea, to be "mare nostrum," -- our sea. The Russians could declare the Black Sea to be "our sea."

As Russia is by far the most powerful force in the area, the US is on the low end of the correlation of forces. No one could do anything about it if Russia were to declare the Black Sea "mare nostrum."

Related Topic(s): Neoconservatives; Nuclear; Open Skies Treaty; Russia; Us-russia Relations; Warmongers, Add Tags
Add to My Group(s)
Go To Commenting
The views expressed herein are the sole responsibility of the author and do not necessarily reflect those of this website or its editors.