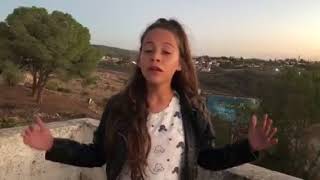 It's been a week now of Israel murdering Palestinians in Gaza. To be clear, their deaths were not the result of "clashes" or "violent confrontations." It started with tens of thousands of Palestinians, imprisoned in Gaza, marching. Along with their extended family throughout our historic homeland, they walked nonviolently toward their ancestral villages and cities, in many cases located just a few kilometers away. A militaristic state that sees them as unworthy of the most basic human rights has mowed them down. That's what happened. And that's what always happens.

In all truthfulness, we do actually have one major Palestinian holiday. It's called "Christmas." But the world has been trying to take that away from us for centuries. Dear people of the world, Jesus was one of us. He didn't have blonde hair and blue eyes. He had brownish-olive skin, brown hair, brown eyes, and hairy knuckles. He bargained whenever he shopped (I'm sure he got great deals). In his house, rice was a food group. His family bugged him about getting married and having kids. He was Palestinian, through and through. So you all can celebrate Christmas loudly and proudly. Just remember where it started.

Palestinians, for over a week now, have been participating in what we have dubbed the "Great Return March," marking Land Day. In this year, it has coincided with Easter and Holy Week. These two holidays (if we can call them that) do share one very important characteristic. They both invoke remembrance of suffering. They both hold a mirror up to power. They both say, "Beware of our Truth."

Jesus stood against foreign occupation. He loudly and brashly denounced his oppressor. He was murdered by a military force that sought to silence his voice and his movement. While his persecutors might have killed his body, they failed marvelously in crushing his message. Sounds pretty Palestinian to me.

We Palestinians are Israel's constant reminder. And this is what Israel hates most. We are being killed precisely because we won't bow down. Our imprisonment, exile, and dispossession are not sufficient for our occupier. It's not enough for Israel that we are its victims. We must shut up too. For Israel to truly feel secure, simple surrender is not adequate. We must also gladly accept our presumed fate. We must become accomplices. And in this, we have always loudly refused. And that's why we must be killed.

But Israel just can't seem to understand us, despite our quite clear and consistent message. It cannot fathom that each of us, anywhere in the world, would trade places with any child in Gaza right now. It can't figure out, after decades of anguish, why we won't just go away. It cannot comprehend that we have a deep connection to each other that it will never understand. They don't know that we live by those words our ancestor from Nazareth spoke long ago... "That which you do to the least of my brethren, you do to me."

Israel can't get why their efforts don't work. After all, their founding father told them, "The old will die, and the young will forget." Well, our elderly are still telling us stories. And today, there's Palestinian children in every corner of the world still listening.

And yes, Israel cannot quite grasp why, after being murdered and massacred, we keep coming back, bringing more "demographic threats" into the world, at a rate that rabbits envy. Well, I'll clear it up. It's because while Palestinian comes with a lot of sadness and despair, it's also the most beautiful f-ing thing in the world.

But for all the things Israel doesn't understand about us, there's one thing about it that I just can't wrap my head around. If they remembered their roots after two thousand years, why do they think we would forget ours after just 70?

Related Topic(s): Christmas; Israel; Jesus; Nakba; Occupation; Palestinian, Add Tags
Add to My Group(s)
Go To Commenting
The views expressed herein are the sole responsibility of the author and do not necessarily reflect those of this website or its editors.