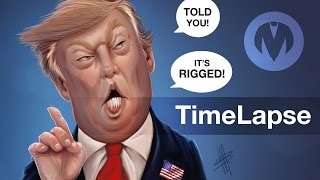 The beat goes on as President Trump and his supporters seek ways to rig the upcoming election and grant him a second term.

Their efforts occur as parts of the country burn, other parts of the United States confront long-term racial injustice and police brutality and many Americans fear COVID-19 may come for them.

Trump's most obvious attempt to burn down the system happens when he keeps shouting his big lie that Democrats are rigging the election, even though the evidence suggests he is speaking to himself in a mirror when he levels his charges.

Undermining the efficiency of government-sanctioned mail delivery and trust in its service is another Trump trick.

And now, a couple of days ago, we learned about a nuanced legal step Trump forces are taking. It goes something like this here:

A conservative attorney whose allegations of widespread "voter fraud" have been discredited held meetings with top state election officials who are Republicans, according to ProPublica.

But Democratic election leaders in the United States of America were banned from the meetings, wrote Mike Spies, Jake Pearson and Jessica Huseman in the Sept. 15 report.

This is a significant piece of journalism because Secretaries of State are ultimately responsible for elections in their states; the secretaries hand down guidance on rules and laws to local election officials.

The website for the National Association of Secretaries of State put it this way: "Secretaries of State actively promote resources available to assist voters, including but not limited to: voter registration information, state voting procedures and requirements, state guidelines for reporting and responding to voting issues and irregularities, as well as sharing information on the reporting and certification of election results." Click Here

Related Topic(s): Chaos; Election Integrity; Election Litigation; Election Recounts Protests; Election Reform; Election-Voting Issues News; Elections; Elections And Campaigns; Trump, Add Tags
Add to My Group(s)
Go To Commenting
The views expressed herein are the sole responsibility of the author and do not necessarily reflect those of this website or its editors.