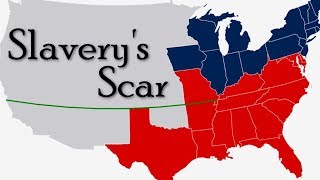 The Jews' path to profitable victim-hood was the Holocaust. For blacks the path is slavery.

We hear endlessly about slavery. Slavery is always the fault of white people, especially the Founding Fathers, the Confederacy, and Robert E. Lee.

Slavery is never the fault of black Africans who engaged in slave wars against one another. Slaves were a status symbol. When slave wars produced more slaves than victors could afford to maintain, the Africans began selling each other to the Arabs. When the Europeans discovered the New World and needed a work force for the rice and sugar and later cotton plantations, they purchased Africans from the black Kingdom of Dahomey.

Before propaganda and the teaching of hatred of white people took over from education in American universities, the origin of the slave trade was well known. Books, such as Karl Polanyi's Dahomey and the Slave Trade, described the facts of the African tribal slave wars.

One would think that Polanyi's book would be a textbook in black studies courses, but since the purpose of black studies is to demonize white people, today Polanyi's book is regarded as racist. It is out of print. Amazon lists six used copies available at prices ranging from $121.37 to $208.23. Clearly, blacks are never going to learn anything factual from black studies.

Every race has been held in slavery. Everyone the Romans conquered and every barbarian tribe that crossed the Roman Limes could end up as slaves. Arabs raided all over Europe for white slaves. A good text for black studies would be New York University Press's 2007 book, White Cargo: The Forgotten History of Britain's White Slaves in America by Don Jordan and Michael Walsh. The authors are not talking about indentured servants, a form of slavery for a contracted period of usually five or seven years. From The Story of the Irish Race by Seumas MacManus, you can learn that tens of thousands of Irish were enslaved and shipped to the West Indies to work and die on the sugar plantations.

But people, especially blacks, don't want to know this. They cling to their brainwashing and unique victim status like the Jews who won't let anyone question the Holocaust.

While blacks build their victim status, the real slavery today goes unnoticed. Let's begin by understanding what a slave is. A slave is a person who does not own the products of his/her own labor. That is, a slave is a person who is taxed on his/her work. A person who does not own the product of his own work is exploited. In 19th century America, the tax rate on slaves has been estimated to be about 50 percent. The other half of the slave's work product was necessary to maintain the slave and the owner's investment in the slave. In the feudal era, the tax rate on serfs was limited to about 30 percent. The technology in the feudal era was less than in the 19th century, and the lower productivity of labor in the feudal era meant that the serfs could not reproduce if they were taxed more than a third of their work product.

Before the Reagan marginal tax rate reductions, middle class Americans were taxed at or above the rate of medieval serfs, and the rich with a 50% marginal income tax rate and a 70% tax rate on investment income were taxed at higher rates than 19th century slaves on Southern plantations. The invention of the income tax turned us all into government-owned slaves.

Many people confuse slavery with a lack of mobility. This is a mistake. Some 19th century slaves had mobility in America. Those with skills were leased to businesses in towns and cities. Deductions from the slaves's pay was sent to the slave's owner just as employers today deduct from the pay of employees and send the payroll tax to Washington.

Bloomberg Business Week recently reported on a new form of slavery that has risen in America. Students sell part of their future income to investors in exchange for their educational expenses. The article tells the story of a 23-year old woman who sold a piece of her future earning power for 8.5 years in an "income sharing contract."

When I was educated, tuition for instate students at state universities was nominal. Today students have to cover the cost by selling themselves into partial slavery. The work product of the woman who is the example in the Bloomberg Business Week article is partly owned by private investors and partly owned by state and federal governments. It is possible that her share of her work product is less than that of a 19th century slave.

This form of slavery is acceptable to blacks and whites. What if 19th century plantations had treated slaves as a free work force earning a salary that was taxed at 50%? How would this be any different from the slavery we all suffer today?

Related Topic(s): Africans; Arab; Investors; Slavery; Students; Work, Add Tags
Add to My Group(s)
Go To Commenting
The views expressed herein are the sole responsibility of the author and do not necessarily reflect those of this website or its editors.