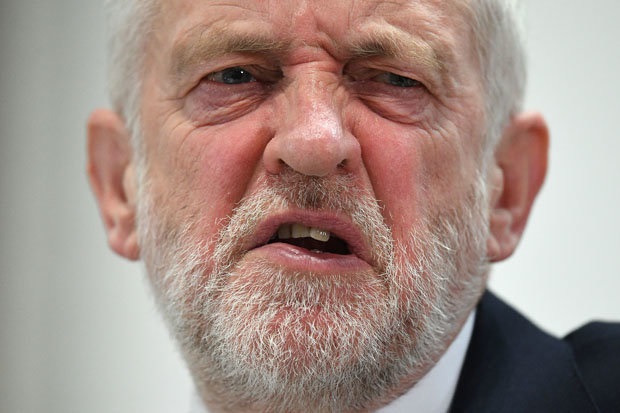 The announcement by seven MPs from the UK Labour Party on Monday that they were breaking away and creating a new parliamentary faction marked the biggest internal upheaval in a British political party in nearly 40 years, when the SDP split from Labour.

On Wednesday, they were joined by an eighth Labour MP, Joan Ryan, and three Conservative MPs. There are predictions more will follow.

With the UK teetering on the brink of crashing out of the European Union with no deal on Brexit, the founders of the so-called Independent Group made reference to their opposition to Brexit.

The chief concern cited for the split by the eight Labour MPs, however, was a supposed "anti-semitism crisis" in the party.

The breakaway faction seemingly agrees that anti-semitism has become so endemic in the party since Jeremy Corbyn became leader more than three years ago that they were left with no choice but to quit.

Corbyn, it should be noted, is the first leader of a major British party to explicitly prioritise the rights of Palestinians over Israel's continuing belligerent occupation of the Palestinian territories.

Luciana Berger, a Jewish MP who has highlighted what she sees as an anti-semitism problem under Corbyn, led the charge, stating at the Independent Group's launch that she had reached "the sickening conclusion" that Labour was "institutionally racist".

She and her allies claim she has been hounded out of the party by "anti-semitic bullying". Berger has suffered online abuse and death threats from rightwing extremists and neo-Nazis.

In an interview with the Jewish Chronicle, the former Labour MP said the Independent Group would provide the Jewish community with a "political home that they, like much of the rest of the country, are now looking for".

In a plea to keep the party together, deputy leader Tom Watson issued a video in which he criticised his own party for being too slow to tackle anti-semitism. He added: "Time is short for us to confront the scale of the problem and meet the consequences, to keep others from leaving".

Ruth Smeeth, another Jewish Labour MP who may yet join a later wave of departures, was reported to have broken down in tears at a parliamentary party meeting following the split, as she called for tougher action on anti-semitism.

Two days later, as she split from Labour, Ryan accused the party of being "infected with the scourge of anti-Jewish racism".

The timing of the defections was strange, occurring shortly after the Labour leadership revealed the findings of an investigation into complaints of anti-semitism in the party. These were the very complaints that MPs such as Berger have been citing as proof of the party's "institutional racism".

And yet, the report decisively undercut their claims not only of endemic anti-semitism in Labour, but of any significant problem at all.

That echoed an earlier report by the Commons home affairs committee, which found there was "no reliable, empirical evidence" that Labour had more of an anti-semitism problem than any other British political party.

Related Topic(s): Anti-semitism; Divide And Conquer; Israel; Jeremy Corbyn; Labour Party; Leader; Palestinian; Party Leadership; Policy; Split, Add Tags
Add to My Group(s)
Go To Commenting
The views expressed herein are the sole responsibility of the author and do not necessarily reflect those of this website or its editors.