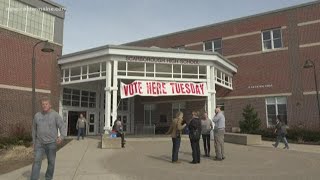 Cranberry Isles My five-island town here in Maine ran out of ballots at 5:30PM on Super Tuesday, March 3. We had to call the election office of the Secretary of State to try to get more. They sent a photocopy of a ballot to make extra copied ballots for people still coming to vote. Some people could not wait the extra half hour it took to do this and left.

Were election workers in other towns trying to get through and also having their calls dropped or not answered?

We did have 42 ballots available for Republicans here, but only nine for Democrats, another instance of apparent misallocation or worse.

Islesford, the island next to ours, (which shares our town's name of Cranberry Isles), had a few more registered voters; they got 12 Democratic ballots and had only one left by 5:30 PM. Their population is similar to ours.

Our town clerk, Denise McCormick, called the day before the election to say that we did not have enough ballots, and was told that she "would have enough." She was later told that she could photocopy a ballot sent by the Secretary of State. Permission to reprint ballots had to be given in each case by the Sec. of State.

Related Topic(s): 2020 Democratic Primary; Primary Interference, Add Tags
Add to My Group(s)
Go To Commenting
The views expressed herein are the sole responsibility of the author and do not necessarily reflect those of this website or its editors.