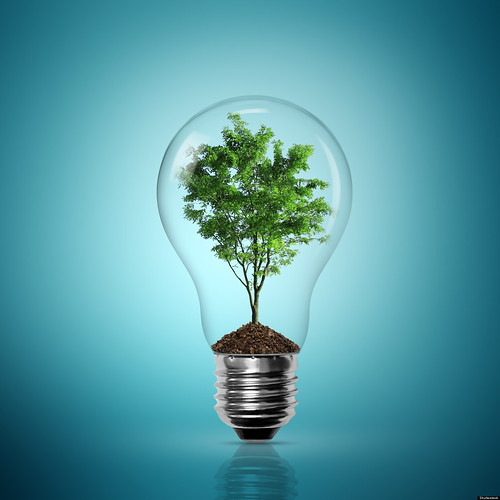 Sustainable energy.
(Image by mattwalker69)   Details   DMCA
This is Part 2 of a Series of Articles on How to Move Past Austerity and Oil in a New Omani Economy. The first article was called: Modest Development Proposal for my Omani Friends: An Aircraft Insustry for Oman

by Kevin A. Stoda, from Kansas but living in Oman for five years now

This past weekend, I wrote an article in which I began to make a strong case against the current austerity-on-all-fronts-approach of the country as it faces its third straight year of relatively low petroleum prices (world-wide). In that article, I encouraged Omanis to think big and invest for the medium and long-term health of the country. I also encouraged the country to consider industries that have been heretofore virtually ignored in terms of Omani development since the Omani Renaissance began over four decades ago. In making my case for Oman to develop an airplane construction industry in that writing, I suggested a new path of exports which would greatly benefit local Omani towns throughout the land while improving the transportation situation, a situation which has hurt the country for over a century.

NOTE: Centuries ago, Oman had been a notable seafaring nation trading with places as far away as China and the tip of Africa. Once it went into hibernation and under-development in the mid-19th century, Oman did not recover until this millennium, when great container terminals and other ports were built throughout the country.

I indicated in my previous piece that one way for considering development possibilities for Oman by looking at the history of my home state, Kansas, as a developmental example similar to Oman's, i.e. in terms of geography at the center of trade and transportation already. I chose this because, like Oman, Kansas had been a cross-roads of trade and even production until austerity and economy and bad policies led to its great underdevelopment in the second half of the 20th century--a situation that has changed little today, leaving many looking outside the state for good long-term employment. (This is changing a bit today as renewable energy options are being pursued in the state.)

Today, I suggest we look at Kansas again for a quick study of how to move into the renewable or alternative energy sector. In this article I will look first at solar energy, then window energy, tidal wave energy and a few other renewable and alternative energy sources for which Oman is particularly well situated geographically.

I will continue to compare the state of Kansas and Oman because the two states have depended on fossil fuels so much over the decades to finance their economy and to produce their energy. In addition, in terms of exports, Oman has a lot of petroleum and natural gas--and so does Kansas.

Kansas, due to it being a transportation hub for the USA, has also been greatly dependent on imported coal to run its larger electric plants. Likewise, Kansas also has relatively expensive nuclear energy, which it sells to other states to offset its own energy prices. In recent years, there has been a huge increase in wind-farm investments and in solar power investments in the state.

"Solar power is arguably the cleanest, most reliable form of renewable energyavailable, and it can be used in several forms to help poweryour home or business.Solar--poweredphotovoltaic (PV) panelsconvert the sun's rays into electricityby exciting electrons in silicon cells using the photons of light from the sun." Less sunny places than either Oman and Kansas--including Germany, Holland and China, are investing successfully in solar power (and other alternative energy sources). There is really no excuse for any country not turning to this particular renewable source, especially as we all are affected by climate change.

"Population growth and a rapidly-expanding tourism industry are increasing Oman's energy demand. Sultan Qaboos bin Said's 'Vision 2020' policy has established a goal of producing 10 percent of Oman's total electricity requirements from renewable energy sources by 2020. Oman is the only country in the region with a dedicated Ministry for Environment and Climate Affairs." However, to-date there has been too little progress made on the solar energy front in Oman. Using "austerity" as an excuse not to speed up the country's usage of renewables, like solar energy, is a horrible idea given the environmental price the country is paying due to climate change already and in the near future. Even neighboring countries at war, like Yemen and Saudi Arabia are investing heavily in solar power.

Meanwhile, both my home state of Kansas and the country of Oman are geographically well situated to take advantage of solar energy. Weather data in Oman varies by region and altitude but with its long 1400km coastline, Omanis typically have above average sunshine (and clear day) levels. Muscat in the north of Oman has the following average hours of sunshine per day.

Salalah, which is in the south of Oman, has approximately the same amount of sunlight (give or take an hour)--except when the Indian Oceans monsoon winds blow in fog and rain from mid-June (or mid-July) through early Septembereach year. (This Salalah season is known as Khareef in Arabic and means "Autumn".) It should be noted that the Khareef weather in southern Oman has been reduced greatly in recent years primarily due to climate changes. Many local residents tell me that 25 years ago, as early as May and April each year, Khareef or Khareef-like rains or winds would blow through the region.

In comparison, my homestate Kansas (in the USA), although it is neither a coastal state nor southern state, has approximately as much sunshine as either Florida and California do each year--and these two states are very well known for sunshine. (California is the USA national leader in solar energy currently.)

Average annual sunshine State Place % Sun Total Hours Clear Days Alabama Birmingham 58 2641 99 Alaska Anchorage 41 2061 61 Arizona Tucson 85 3806 193 Arkansas Fort Smith 61 2771 123 California San Diego 68 3055 146 Colorado Grand Junction 71 3204 136 Connecticut Hartford 56 2585 82 Delaware Wilmington -- -- 97 Florida Tampa 66 2927 101 Georgia Macon 66 2986 112 Hawaii Honolulu 71 -- 90 Idaho Boise 64 2993 120 Illinois Peoria 56 2567 95 Indiana Indianapolis 55 2440 88 Iowa Des Moines 59 2691 105 Kansas Wichita 65 2922 128
In addition, despite having many more sunny days than either North Carolina and New Jersey (which are also topping the list in alternative energy production) and almost as many sunny hours per year as California--Kansas has still been a great under-performer in solar energy production sector in the United States. In this industry, too, Oman is a magnificent under-performer.
Like Oman, Kansas as a state has been under "austerity" oriented leadership for over a decade and the state is aching in terms of education and in terms of alternative energy development, esp. in terms of solar power. Both Oman and Kansas could certainly do as well as California, North Carolina or even New Jersey in pushing solar energy production. Omanis and Kansans both need to set their minds to the task-- and soon investors will get behind small, medium and large scale projects.
Kansas currently has several small firms working on producing or installing solar panels and solar energy options across the state. Oman has, however, less than a handful of businesses currently involved in the solar power business.

KEVIN STODA-has been blessed to have either traveled in or worked in nearly 100 countries on five continents over the past two and a half decades.--He sees himself as a peace educator and have been-- a promoter of good economic and social development--making-him an enemy of my homelands humongous DEFENSE SPENDING and its focus on using weapons to try and solve global (more...)

BED-INs and Other Protests Needed Now

Why have German-, Italian- and Latin American Internment during WWII been kept out of the USA History books?

A WORLD OF PRETENDERS: Partial Review of the Filipino Novel, THE PRETENDERS by F. Sionil Jose

PHILIPP ROESLER, of Vietnamese Descent. to Head the Health Ministry in Germany, as his own Party Plans to Push for more