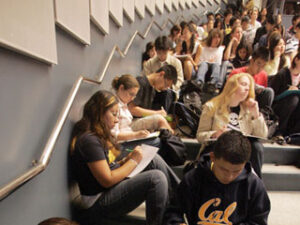 If you can read this sentence . . . thank a teacher.

What will be the eventual outcome in Wisconsin, will the forces of good defeat Governor Scott Walker and the Teabagger crazies who -- inexplicably -- protest labor rights, teachers, and middle-class values? The pressure is mounting on Wisconsin State Democrats to fold to Walker's threats; to wave pink slips over the broken backs of beleaguered state employees, and just pass his union-busting budget and get on with it.

Walker's like some NeoCon Simon Legree, whipping the public servants while giving further tax breaks to the wealthiest 1% of the population despite the fact that 78% of the population states they are firmly opposed to his policies.

And he's clearly in bed with the Koch Brothers; doesn't even try to deny he's "one of them." Hey, Wisconsin Republicans . . . you still going to vote for him when your school teachers are fired and public safety systems are underfunded?

Speaking of schools, how much is "enough" when it comes to devaluing our national public education system? According to a recent report in the New York Times, millions of children will suffer the loss of art, music, and athletic programs around the country, and teachers face swelling class sizes due to massive layoffs and budget cuts.

As it stands now -- not factoring the cuts that are on the horizon -- a recent spate of surveys and studies conducted on the local to national level have shown that as few as 5% of public high school graduates are actually college-ready, with many of these "graduates" operating on a 9th-grade reading level, and only a 7th-grade math comprehension.  Somehow we continue to fund the death machines in Iraq and Afghanistan, but have nary a penny to improve our method of educating our children.

Seems the US education policy makers won't be happy until we're dead last in the developed world in academic achievement. What should we expect from a nation who clapped and cheered when our President bragged about being a "C" student? We likes 'em extra-stupid, it appears. Welcome to Bushworld: we's proud to be misunderestimated beer-swilling underachievers.

We don't need no education. We've got Great Big Guns.

This may explain why factually-challenged Mike Huckabee is leading in the polls of GOP nominees, even as the admittedly scarier but much brighter Newt "meet my new wife . . .  what's your name again, honey?" Gingrich throws his extra-large hat in the ring.

Kathy never expected a career in radio as a talk show producer. Born and raised in Atlanta, Georgia, Kathy was completing her nursing degree when in 2001 - in an emergency - she was asked to fill in as the producer of Mike's program. Within a few (more...)
Related Topic(s): Governor Scott Walker; Republican; Schools; Wisconsin Politicans Public Union Busting, Add Tags
Add to My Group(s)
Go To Commenting
The views expressed herein are the sole responsibility of the author and do not necessarily reflect those of this website or its editors.