I first began this Serialization, for OpEdNews, of my book The 15% Solution: How the Republican Religious Right Took Control of the U.S., 1981-2022: A Futuristic Novel, just about a year ago. I got through Chapter 6, Part 1 of the series. Then for a variety of reasons I brought a halt to the project. Now, with the agreement of OpEdNews' Editor/Publisher, Rob Kall, I am re-starting it, from the beginning, with the full intention this time around of seeing it through to the end.

I published the first version of the book, under the title The 15% Solution: A Political History of American Fascism, 2001-2022 (purportedly published in the year 2048 [which seemed much further away then than it does now], on the 25th Anniversary of the U.S. Constitutional Democracy) under my own imprint, Thomas Jefferson Press. This serialization is of the third version of the book, under the revised title, above. It was published by Trepper & Katz Impact Books (a Division of Punto Press, Brewster, NY; Publisher, my good friend, Patrice Greanville), Copyright, Steven Jonas, in 2013 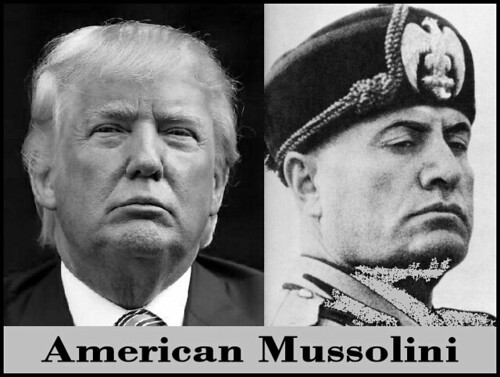 I plan to post an installment every other week, with a regular column appearing in the alternate weeks. Due to travel and other obligations, that schedule may be revised from time-to-time. But especially given that the arrival and operations of the Trump Presidency have (in my estimation at least) made the book somewhat prescient in certain ways, this time around I will see the Serialization through to the end, most likely sometime in 2019. I should note that if it is indeed prescient, that is because when I wrote it, in 1994-95, the Republican Religious Right was already telling us what they would do if they ever assembled, at the Federal and State levels, the kind of political power they have done now in the era of the Trump Presidency.

The author of the first version of the book was the pseudonymous "Jonathan Westminster." That was a play on the name Jack London. He wrote the first dystopic novel about a fascist state, called The Iron Heel. It was set in the United States and published in 1908. (That date happened to be 11 years before the first state in history that could be considered fascist was established in Hungary following the end of World War I. The leader was one Miklos Horthy, a former Admiral in the Navy of the Austro-Hungarian Empire, who became the first absolute dictator of a nation in history who was not a monarch.) "Jonathan Westminster" was a fictional Professor of Political Science at the New State University of New York at Middletown who fictionally published his book in 2048. That, as noted, was the year of the 25th anniversary of the Restoration of Constitutional Democracy in the Re-United States.

This third version of the book (and it is the third version, not a third edition) is revised only modestly from the original. It has a new introduction, in my (S.J.'s) voice, not that of the putative author. In the 2013 version of the book this introduction is called "The Author's Preface." But the balance of the book is in "Westminster's" voice. Further, on authorship, in this version, Chapter 20, "What Might Have Been Done; Progressive Attack Politics," has been revised from the one he "wrote" for the original version. Also, there is a new "Afterword" for this version which, like "The Author's Preface," is entirely in my voice. Otherwise, except for some editorial cleaning up here and there, the fictional historical narrative is the same as it was in the 1996 original, with nothing added.

In many ways in terms of policy, program, and legislation, up until the establishment in the book of the "New American Republics" in a fictional 2011, they do seem much like what the Republican Party and the Christian Right have been doing, promoting, and implementing over the last 20 years. That is not due to any claim of clairvoyance on my part. It is only because the narrative, again until "2011," as noted, is based entirely on what in the 1980s and 90s they were already telling us they would do if they ever got hold of significant governmental power at the Federal and State levels. But no one back then, most especially the Democratic Leadership Council-led Democratic Party, wanted to listen and/or take them seriously. And of course, what in the book is aptly named the Republican-Christian Alliance, is what in practice the Republican Party has become. Indeed the journalist Howard Fineman in 2012, writing about the Republican Party as it went into the election, labeled it the "American Faith Party."

The book has been called the Uncle Tom's Cabinof its time. Another commentator has said: "Highly detailed, [it's] a roadmap to the craziness of a powerful and fanatical segment of the population that is unlikely to fold any time soon." The term "The 15% Solution" refers to an electoral strategy to ensure their victory which was originally developed for the Republican-Christian Right in the late 1980s by a (long defunct) organization called the "Christian Coalition." Described in detail in chapter 2 of the book, it is certainly the model for the voter suppression campaign which the Repubs. have been carrying out with a vengeance since the mid-2000s. And of course, they have now combined that with a highly imaginative version of Gerrymandering which would likely make the early-19thcentury Governor of Massachusetts, Elbridege Gerry, after whom the technique was named, blush).

Written as "fictional non-fiction," the book's primary purpose is to show how a theocratic authoritarianism can be gradually introduced into any country, and in the case of the United States of America can be done behind a facade of Constitutional legality no less. That is, if there is no awareness in some significant sectors of the population, and opposition elected and party officials nationally, of what might happen and is happening. In that sense, it follows in the tradition established by its major forebears in fiction: the aforementioned The Iron Heelby Jack London and Sinclair Lewis' It Can't Happen Here. (However, I must state here, categorically, that I make no claim to be a writer in the class of London or Lewis, nor George Orwell nor Margaret Atwood nor Philip Roth , whose books on various fictional states of fascism are of equal importance to those of London and Lewis, either. As a story-teller perhaps. But as a writer, not.)

When originally published in 1996 the book was a warning about what might happen in the U.S. as a result of the alliance between the Christian Right and the Republican Party. With its re-issue in 2013 and this serialization which will take place in 2018-19, the book is a description/warning about what is happening and will be happening down the line, unless a powerful resistance under the banner of a new Popular Front can be organized and become effective, under the Trump/Pence regime.

The book is available from Amazon in both print and e-versions: click here