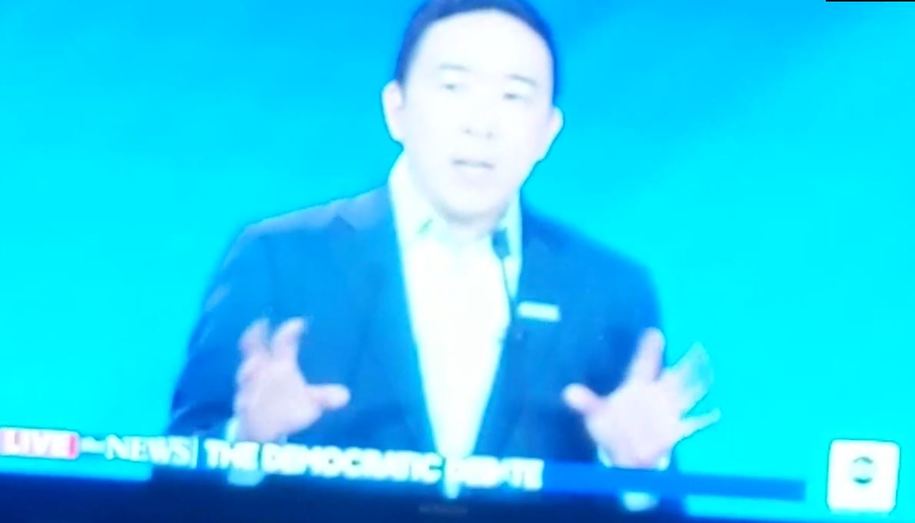 Andrew Yang must be admired for making the connection between hyper-corporate capitalism and the opioid epidemic in ABC's Democratic Debate in New Hampshire. He acknowledges that the blood-money must be recovered from these corporations responsible for infecting and addicting Americans with their poison.

When I first met Yang in Houston and listened to him, he seemed to have a more libertarian streak which I am generally not fond of because of its individualism. But when one reads his healthcare plan and Basic income plan for which there are ongoing experiments, it turns out he is a different character.

It is always hard to place Andrew Yang on the ideological spectrum. I understand why I like him. He does not let ideology constrain ideas that he believes will work.

There is something that is thematic with him. Every economic argument ultimately gets a veneer of his basic income theology. Interestingly, when one analysis through a few levels of indirection, it turns out that he is right. I interviewed a few proponents at Netroots 2019.

Having another candidate call out corporate greed in graphic fashion -- blood-money -- for deliberately poisoning Americans is refreshing. Too often they are much too cautious. Said timidity has allowed them to run roughshod over Americans.

Related Topic(s): Andrew Yang, Add Tags
Add to My Group(s)
Go To Commenting
The views expressed herein are the sole responsibility of the author and do not necessarily reflect those of this website or its editors.